Looking for a warm (gooey? Relaxed?) tube amp, flexible budget but won’t go crazy with the high end, this is a second amp after all. Stratus or Stellaris would be nice.

Most likely for the D8KP LE and the Mysphere 3.2
Not optimistic on driving the Susvara but a nice bonus.

Let me know if you got a lead or selling something relevant. Thanks!

Having had a Stratus on extended demo, and currently owning a Stellaris, I just thought I’d mention that neither is typically considered to be on the warm/gooey end of the tube spectrum. Of course, you can tube roll your way to a warmer sound, to be sure, but if you want the amp to “start” in that warm/gooey range, these may not be your best bets.

Of course, if you’ve heard them yourself and like how they sound, then awesome - go for it! They’re amazing amps, and I promise I’m not trying to drive you away from them on any merit of the amp - I love them, and would enthusiastically welcome you to team blue!

On a related note, if you end up with a 6SN7-based amp, RCA VT-231 Grey Glass tubes are nice warm and fuzzy variant.

Thanks @andris just had a similar discussion on another forum.
I’m looking to balance the HM1 and the LTA Z40+ so looking for something more relaxed and warm. Gooey might be too strong of a word to describe it but it can also very well work for my intention.
I know the Stratus works well with the mysphere and D8KP LE that I own so that was my first thought but am open to other suggestions and sales.

I haven’t had the fortune of hearing an HM1 yet, but my guess is that virtually any tube amp (including the DNA family) will come off as at least slightly warmer. I guess it just depends where on the spectrum you want to be. I’ve heard that the Woo WA22 is pretty warm (but have not heard it myself). I also owned a Feliks Euforia AE and found it to be a bit on the velvety side, so that may also be one to consider - but not sure how well that amp’s topology plays w/ your preferred headphones.

Woo WA22 is pretty warm (but have not heard it myself). I also owned a Feliks Euforia AE and found it to be a bit on the velvety side, so that may also be one to consider - but not sure how well that amp’s topology plays w/ your preferred headphones.

I owned the WA22 and it’s a great amp and warmer than the WA33 as an example but still not enough to play the role I’m looking to fill imo. I was told maybe the WA5-LE can though.

The Feliks will work well the planars? I was assuming it won’t but still curious to try the Euforia Evo hopefully at canjam NYC.

I was told maybe the WA5-LE can though.

This was my main amp for over a year before I took delivery of my Stellaris, and again, I specifically avoid “warm and fuzzy” tube amps. The one thing I’ll say about the WA5-LE is that it responds a lot to tube rolling, so you can “tune” this amp quite a bit. In any case, I don’t think I’ve seen many comparisons that put the WA5 as being warmer than the WA22, but again, I haven’t heard the WA22.

The Feliks will work well the planars?

No idea. I only used with the Focal Utopia.

The Feliks will work well the planars?

I’d be skeptical of any OTL with planars. It’s usually case by case. I know you’re taking your headphones to CanJam which would be a good test but since you like planars in general, I’d be wary of OTLs in case of any future planars that might not play well with it.

Have you researched the Decware Taboo mkiii? I haven’t heard it but remember from my own research that it’s specifically designed for planars. Whether it can handle Susvara I don’t know. I doubt it, as we’d probably hear about it more if it did. Thought I’d mention it. 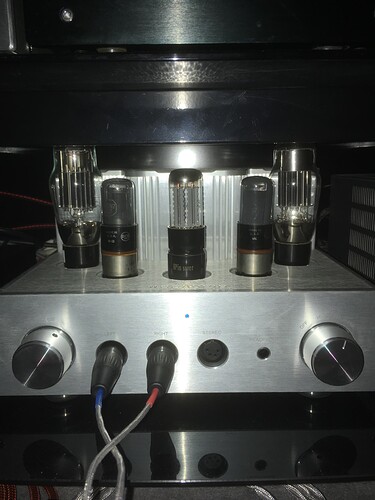