Dude, me too. Those were my exact thoughts. I was ready to move out of the game after LCD-5, but they pulled me back in with the hot Euclid deal. Here’s hoping Campfire doesn’t assault my wallet too.

Does anyone know if the LCD-R showed available inventory when this dropped today?

Thanks for the data point. I was wondering if there was a deviation from my understanding of 70 being made and 67 sold (if I recall) or if anyone was able to get lucky and buy one.

I’m planning on visiting Audeze here in Southern California next month to demo the lineup (specifically the LCD-5 and CRBN). My understanding is that they don’t have the LCD-R available for demo.

In Resolve’s interview with Sankar, I believe Sankar said that Audeze is going to look at making more LCD-R units once they catch up with demand for LCD-5.

A kind community member was able to send one in for us to evaluate, so big thanks to that person. What follows is my initial impressions of the LCD-R - I haven’t spent enough time with them for a full review or anything. Keep in mind this is from the Jot A only, and the impressions would likely be different from a different source.

Measurements done with the GRAS43AG-7: 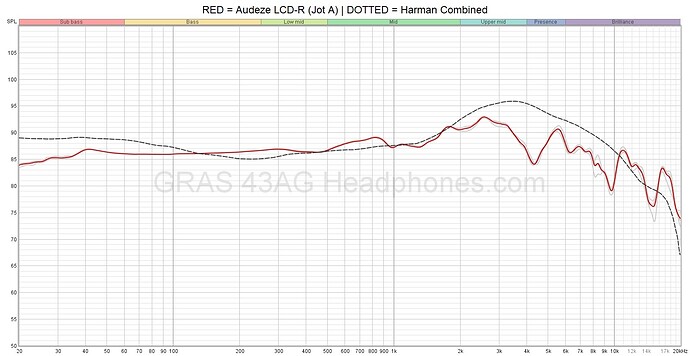 Tonality assessment:
This is more reminiscent of the older Audeze LCD-4 style tunings, albeit with a bit more ear gain there than what I remember. It’s generally inoffensive given that the overall balance is the right shape, just a bit relaxed in the upper mids, and of course that quirk around 4.5khz. But the nice thing about this tuning is that you don’t get any lower harmonics that are emphasized over the upper harmonics, so nothing sounds compressed or congested as a result. Still, as with most Audezes, it benefits from some EQ. Here’s my initial profile to get it to where I like it. 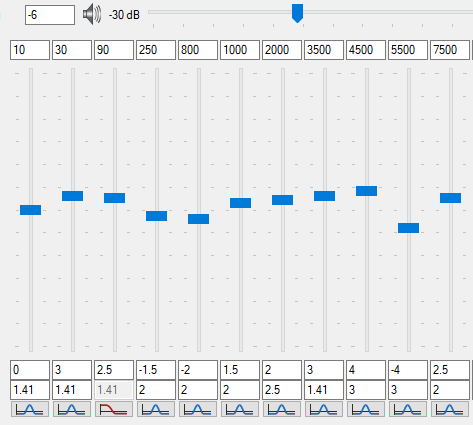 I think this is still a bit relaxed relative to Harman, mostly just adding a bass shelf and filling in that upper mid / lower treble gap. Also, it’s worth noting that the harmonic distortion is totally fine on the LCD-R, and it took to EQ well - something I was worried about because of the typically high THD on other ribbon headphones (I’ve learned that there may be a reason for that, because the design isn’t actually ribbon in the sense that the SR1a is, or other ribbon headphones).

I can’t shake the feeling that the Jot A is holding these back a bit… maybe I’m crazy, but ever since hearing the SR1a off of one of the Raal amps it’s got me thinking and wondering how the LCD-R would do off of something else. I should caution anyone looking to run the LCD-R off sources other than the Jot A though since Audeze specifically indicate it to be run from the Jot A, and it’s not like other headphones. If you’re unsure, maybe ask Audeze what would be appropriate.

It’s not on the level of the LCD-5 or other flagship planars for technical chops (I guess it doesn’t have to be at the lower price tag?), and so reports of it competing may have been overblown a bit - again depending on the source. Without EQ, I could also see a preference for the LCD-R over the LCD-5, like for anyone who is sensitive to the upper mids or mid-forward nature of the LCD-5. I still think the LCD-X 2021 is the best tuned modern Audeze so far though.

I’d agree that the Jot-R is a limiter… how much maybe someone who has driven it with a different amp can say. I may try one of the RAAL amp with it to see what that changes.

what amp were you using with the LCD-5 for comparison?

LCD-5 sounds more nimble for the snap and sense of immediacy for the initial leading edge, but the LCD-R has a different kind of ‘sweetness’ to the sound that’s difficult to put into other terms.

This strange inherent sweetness is what makes me love the LCD-Rs so so so much tbh. It just makes horns (especially trumpet) and woodwinds (especially clarinets) magical.

I’d agree that the Jot-R is a limiter… how much maybe someone who has driven it with a different amp can say.

As for how much the LCD-R is limited by the jot-A, I think its fairly significant. Nothing I’ve used LCD-R makes it a true TOTL competitor, but stuff like the WA22 and WA33 realy realy open them up. The WA8 is also quite pleasant actually, but I think its probably on a similar level to jot technically (just a very different sound sig).

I may try one of the RAAL amp with it to see what that changes.

Fwiw, the PDA isnt stable at 2ohm and the HSA-1B needs a hiss adapter when used out of the ribon port. That said, ive heard very very good things about the combo once a hiss adaptor is used.

I was curious about the status of the LCD-4 (and wondering if it was now on sale at a lower price) and saw from Audeze’s website that it’s no longer available. Audeze now directs us instead to the LCD-5 and the LCD-4z. That’s too bad, even if not entirely surprising. I’m leery about buying used, given the reports of unit-to-unit variations from a few years ago.

I was curious about the status of the LCD-4 (and wondering if it was now on sale at a lower price) and saw from Audeze’s website that it’s no longer available. Audeze now directs us instead to the LCD-5 and the LCD-4z.

Representatives from Audeze said that it’s currently unavailable due to a parts shortage so they’ve shifted production lines to focus on their other product offerings, it’s not yet discontinued.

Probably a delay due to the same parts shortage for the LCD-4s - they’ll need parts to refurbish those units I think.

That’s precisely why I was snooping around Audeze’s website! I’d love it if last year’s expensive flagship were to become available at an appreciably lower price, especially if this also meant for less of a loss if one were to sell it later - like buying used but without the risk. One concern, though, would be whether the refurbished unit was an older model from when unit to unit variations were sometimes supposed to have been a problem.

Audeze will probably figure that out or identify the change in some way. Their trade in price was $2k on low end so probably still going to cost significantly north of that.

The LCD-R is certainly limited by the Jot-A. When I had the LCD-R, I tested it out with an NCore speaker amp with an L-pad attenuation circuit, and the changes were night and day. The Jot-A sounds veiled, soft, and flat in comparison. With the NCore amp, the microdinamics greatly increased, and the separation became so much better. If you have a clean speaker amp, the LCD-R can really show what it is capable of. Even when playing at lower volume and the Jot-A at higher volume, the Ncore amp displayed noticeable improvements in dynamics and clarity.

I no longer have the LCD-R (got rid of it because I prefer the LCD-5 ), but any owners should seriously pressure Audeze for a list of parameters an amp should have in order to drive the LCD-R, or create guidelines on how to use the LCD-R with a speaker amp.

Hey guys. Im trying to put this into roon but its coming out looking majorly messed up. anyone know where Im going wrong? Im taking the bottom number to be Q value and the one right above it to be change in DB, correct? Also, I am assuming the top number is total headroom compensation? Here is what my roon corrected FR is looking like 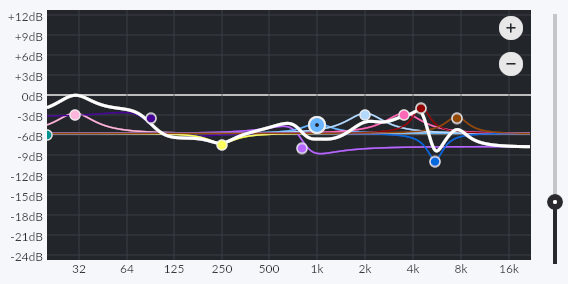 They may have changed this, but if I recall correctly Roon’s shelf filters don’t behave the same way that the PEACE ones do - or at least I had trouble with that. Might have to devise a different method of achieving the curve.

EDIT - oh I see what you mean.

any chance PEACE has a graphic display you wouldnt mind posting so I can see what your curve ends up looking like?

Rofl, yah. Not even close to what I’ve got. Ill see what I can manage. Unfortunately cant use PEACE on my work PC

EDIT: BTW, you had more time with Rs yet to form a better option? Wasnt sure if we would be getting a video on them or not.

EDIT2: Is the row right above the q-value measured in dB? It seems like my trebble is more off than the bass and it doesnt have any shelfs in it at all