I was finally able to get the HiFiMAN Edition XS in for testing. Here are the measurements, along with preliminary notes. I still need to spend some more time with it to get a more thorough sense of the intangibles. 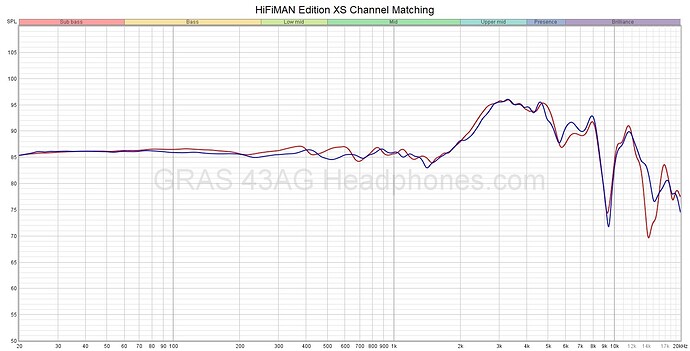 Interestingly when you break the seal and introduce an air gap, the resonance frequency is lower down on the Edition XS than on the Ananda (this is typical behavior for undamped planars with an air gap measurement):

So for those who had trouble getting a seal with the Ananda, you’ll end up with more bass on the Edition XS. But… I didn’t have any trouble getting a seal on either of them. The Ananda clamp is stronger, meaning the front seal might be stronger, while the Edition XS has cup swivel and a lower resonance frequency. In some respects we could think of the Edition XS as the ‘safer’ design for bass extension, if for whatever reason the Ananda doesn’t seal correctly for you.

My initial assessment is that I don’t think these needed HiFiMAN’s stealth magnet tech, as my only real complaint with the Edition XS comes from the upper treble being slightly overemphasized (which is where you see the impacts of the stealth magnets). With the Ananda, it’s a bit better balanced with the upper mids, simply because the overall ear gain level is higher in general throughout. In other words, the upper mids and treble are slightly more balanced on the Ananda, and the upper treble zing isn’t as noticeable. Still, it was very easy to adjust on the Edition XS.

Here’s my EQ for it: 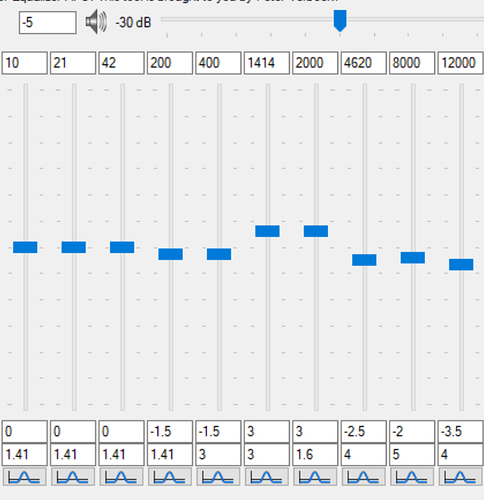 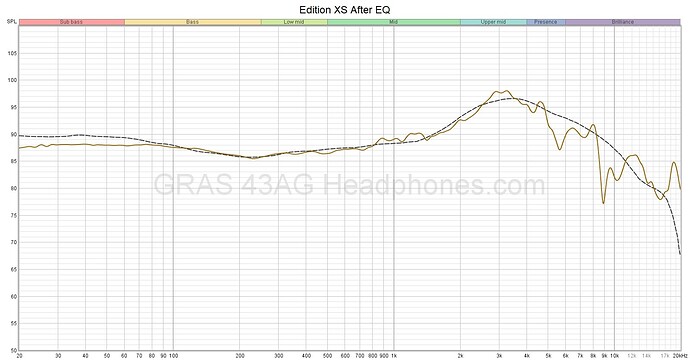 Here’s an alternative EQ with a bit more bass for those who want that: 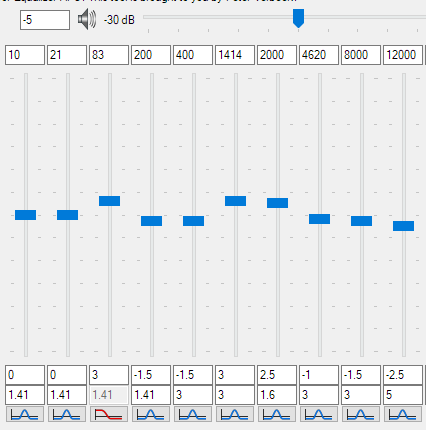 I think it’s best to leave the mid treble alone on this since that’s bound to be different depending on the individual’s personal ear - or at least adjust this by ear, not by the graph if you’re going to.

At the moment I find the HiFiMAN Edition XS to be Sundara 2020 and Ananda adjacent, which is to say, it’s really solid. It’s also priced appropriately, if not somewhat aggressively considering the Ananda is in that same ballpark. While it’s tuning is slightly on the zingy side for me in the upper treble, the comfort benefits and lower resonance frequency of the Edition XS are at least tangible reasons to go for this one over the others if you feel those are important factors.

So this one is totally EQ optional,

Thanks for allowing the option @resolve

Can’t wait for the full review. Not that I’m planning to buy. Just to justify my recent 2020 Sundara purchase

Looks like a win considering it trade blows with Ananda while being 200$ cheaper.

I gave these a quick listen yesterday and liked them. I am a fan of the Ananda so the similarities are a positive for me.

I’m looking forwards to spending more time with them over the next few weeks.

@Resolve, assuming you’d take the he6se v2 over this and Ananda at the current $550 US Adorama special price, assuming adequate amp?

Depends what you value. Edition XS and Ananda both have better soundstage than those for example. Also, I’m not sure what they’re selling with pads on those these days, if they’re the same as the ones I evaluated or not. If it’s exactly the same as what I evaluated, then yeah I’d say it’s worth it.

I’m definitely intrigued about the XS. A while back I was talking about how much I like my 400i with it’s big open sound and somebody mentioned I should check out the HEXv2. They were already discontinued by then so I’m hoping the XS can fill the same role

Yeah I still miss my HEXv2 very much. I wish they’d just used that headband from HEX, HEK and Arya.

Yup, I have no complaints about that style headband either. If I do end up getting the XS, I’ll keep an eye open for a cheap Arya or other headband to swap with

Finally decided to pull the trigger on Edition XS after eyeing this since last October (local distributor finally has them available). Luckily Dekoni leather pads for egg-shaped Hifiman became available around the same time too. Since I prefer sheepskin usually, I got it too. It does somewhat change the tuning, adding some extra microdetails at a cost of some sibilance. Bass gets more texture, but the mids lost a bit of emphasis.

Overall, the change is very minor, within 3-4% by my estimate. I prefer the comfort of the memory foam and leather skin from Dekoni.

That’s interesting. Usually non perforated leather pads would lift up the bass considerably and kill a lot of eargain energy. I’d guess the hybrid Dekoni’s would make the least change to the sound.

I think the choice of foam and thickness compensated some of the effects of the full leather. The Dekoni pads are slightly thinner than stock pads and the memory foam has slower rebound.

So are these as hard to drive as people say? Do they run well of a liquid spark?
I’ve seen some people say they run perfectly fine of an atom at 10 o clock and some basically saying they need a speaker amp (not really but almost).

I run mine fine at 1 o’clock on low gain on an Atom+ stack. I’m sure more power would increase dynamics, but my XS sound lovely with ample volume off an Atom+ stack.

I really love the Sundara but find the mids a bit recessed for my taste. Does the Edition XS do better than the Sundara there?

Sundara 2020 is less recessed in the mids than Edition XS, but still slightly.

How do the XS (or any “big” HFMs for that matter) compare to the A2C sizewise? The thing stopping me from upgrading my 400i for a Sundara is that the round earcups are on the small size for me (possible that Dekoni earpads would help). I’m hoping the eggshaped cups will be more comfortable for me, but i’ve also read complaints they are too big and put pressure on the lower jaw. Sadly, I’m hundreds of Km from anything resembling an audio shop so a demo isn’t possible

The Edition XS has cup swivel so it doesn’t put as much pressure on the lower jaw as the Ananda or Sundara. And yeah the opening is massive on these, larger than A2C.