There’s a difference between ‘bright’ and ‘peaky’. That’s the spirit of the statement I’m trying to make I think.

Cool, I can appreciate that. Thanks for the clarification.

Sorry if it seemed I was picking on you.

Actually, it does bring up an interesting point though as well. If you have a headphone that’s severely dipped between 3-5khz and then super elevated above that (even without significant peaks), I’d consider that bright and also having poor tonal balance. There are headphones like that, where you feel like there’s too much treble energy and it actually throws off the way tones and instruments that token treble frequencies sound. Think of my usual claim about cymbal primary hits versus their resonant tones (I think Tyll talked about this too at one point). If the resonant tones (splash and sizzle) are elevated substantially, they’ll be out of balance with where the primary hit is. This is what I mean when I say ‘tonal balance’ more so than the general clockwise or counterclockwise tilt.

I tend to see tonal balance as more of an interaction between different frequency ranges more so than the more supervening descriptions about the overall tonality like ‘bright’ or ‘warm’ or ‘neutral’. Maybe that’s just me though.

I tend to see tonal balance as more of an interaction between different frequency ranges more so than the more supervening descriptions about the overall tonality like ‘bright’ or ‘warm’ or ‘neutral’.

Yeah, while there’s absolutely room for preference at all ages, I think there probably is a trend of brighter for older demographics and warmer (or even a Harman bass shelf) for younger demographics. It’s also worth keeping in mind the music preferences for different age groups (and price categories as well). This is one of the reasons why the Harman research gets a bit muddied up I think - and I mean literally muddied up. People who want big ol’ thump in the bass due to the hangover from existing notions of the way bass is supposed to feel in your chest when listening to hard hitting bass heavy tracks from speakers that rattle their cars are probably going to skew results - if it turns out that these groups are included.

I asked Dr. Fang Bian about this at the recent CanJam and he flat out stated that for lower price points, bass matters, and this is like due to younger demographics being drawn to certain styles of music. For higher priced headphones, mids and treble matter more, and I imagine a lot of that is correlated with both music preference and how far hearing has depreciated over time.

Getting back on track for the ADX5K, I do tend to think this is a headphone that would be more appreciated by older listeners. I can imagine myself 20 years from now finding the treble of these more appropriate than it is currently for my baby 32 year old ears. But at the same time, like I mentioned before, it’s got decent balance where it appropriately represents instruments without impacting the balance between primary hit and resonant tone.

And I’d like to listen to these when the tour is back on.

I think the audiophile hobby has told us in obscure and very round about ways that more treble = more detail… which is absurd. The ZMF Aeolus presents just as much detail (or information) on cymbal crashes as the Beyer 1990dt, the only difference is the Beyer is unquestionably fk’d up with it’s incredibly uneven volume in the treble region.

Completely agree. Detail is not just about treble elevation. It’s one of the reasons why for the ADX5K I hear better detail for the midrange, in spite of the fact that it’s counter-clockwise tilted with extra ‘air’ and treble energy overall.

If you have a headphone that’s severely dipped between 3-5khz and then super elevated above that (even without significant peaks), I’d consider that bright and also having poor tonal balance

Even worse, I find that a lot of what makes for “detail” lives around 5 or 6 KHz, so if you have something that’s quiet there but gets loud at higher frequencies it sounds both bright and not particularly detailed. That is the DT 1990 Pro in a nutshell. Without EQ, it has enough going on around 6 KHz to sound reasonably detailed but very bright thanks to the 8 KHz spike, but when one EQ’s that general area down, 6 KHz takes a hit so while it fixes the brightness, you lose the detail. Catch 22.

Just wanted to update this with my video review:

Written review is in the works and soon to follow.

I’m curious as to wether or not you were able to try these on a tube am and if you did, how well they performed.

Looking forward to the ADX-5000 tour when it’s back on.

Unfortunately I didn’t get a chance to try it on any tubes - apart from what’s in the Pro iDSD (which I wouldn’t really call a proper tube amp experience). I still need to get my hands on some full-sized tube amps for future reviews.

Just posting my written review here as well, along with both HPN and HEQ measurements for anyone who is curious: 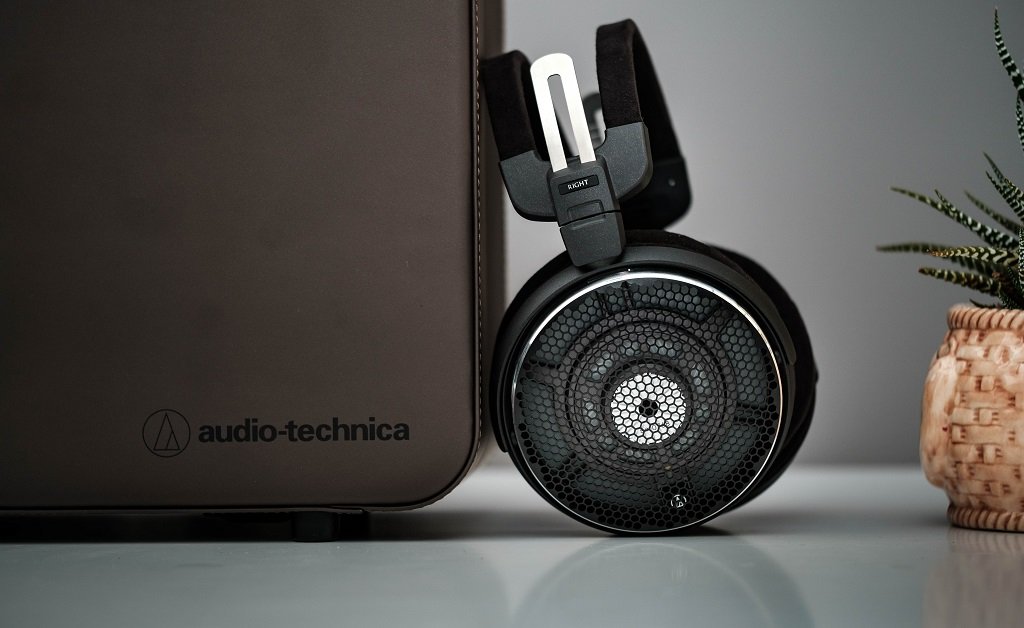 Review written by Andrew Park (@Resolve) Review unit provided on loan for evaluation by headphones.com Introduction When I started out in this hobby I always looked for headphones that were "warm yet detailed". At the time, many considered...

I’m not sure which ADX5000 thread to post on but I think this seems to have the most activity in this thread so I’ll add to this one. 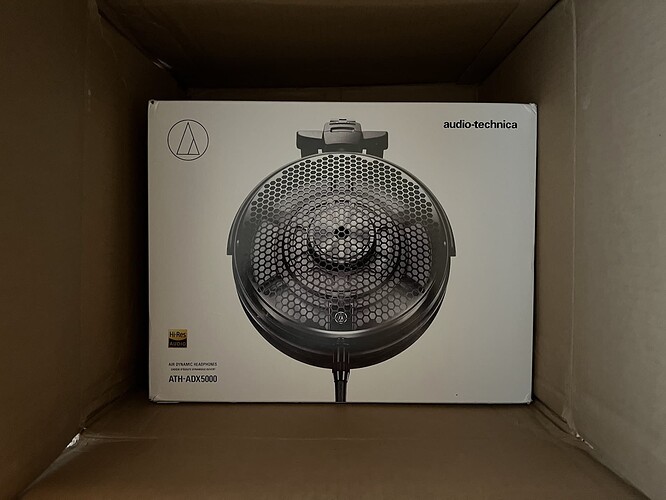 I got a chance to finally listen to to what some weebs consider as one of the best headphones out there. It came in this hilariously large box that contained what I consider one of the most comfortable and light headphone that is currently available. The build quality of this thing is pretty good and the pads are very comfortable. There is a slight clamp that keeps them on and the headband barely touches the top of my head. I honestly wish more headphones were like this. The cable is as bad as everyone says it is but if you don’t move around, it really wasn’t that big of an issue for me. 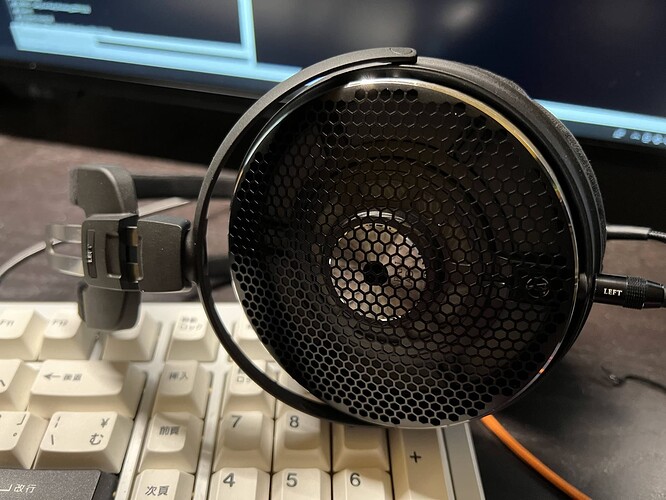 Sound: The best way I can describe them is a refined DT990/600 ohm that competes at the HD800 level. There’s a scoop in the mids that remind me of the DT990 but everything about it is more refined. No real sibilance but definitely brightness to the headphone. The DT990 has a bit more bass quantity but the quality of ADX5000 is better. I honestly would pick up this headphone over the HD800 which is what a lot of people compare it to. The timbre of female vocals are very pleasant and due to the mid scoop, it does pull those vocals in front of the rest of the music just a little. However, male vocals can be a hit or miss with this one. I think there isn’t quite enough body for males that tend to have a lower octave voice.

I don’t listen very loudly either so the brightness that others talk about don’t really affect me as much since at lower volumes, a little brightness is actually a good thing. There’s definitely an airiness to this headphone that I like and Japanese music seems to do very well with it. Soundstage is above average and doesn’t impart an overexaggerated soundstage like the HD800. I think the HD800s are a bit warmer but these beat it in a little better bass and definitely smoother highs.

Conclusion: Will I keep this headphone? Probably not. Do I think it’s a good headphone? Yes and no. Because of how flavored it is, it definitely does really well with certain things but then others leave me feeling average to meh about it. The mid scoop is a bit too much to consider it an all rounder and I personally would like the bass to be more engaging. The only other vocal centric headphone that I like for Asian females is the Sony CD900s but that lacks soundstage and airiness that this provides. I do think this is a gem of a headphone though. I can see why some people just love it and why others think it’s so strange. This is an example of a headphone that does a few things really nicely and the rest of the stuff around it decent enough to ignore its deficiencies. Weeb approved.