The market has seen an explosion in popularity of the planar driver topology in the past year. But at the end of the day, this explosion has shifted into something of a race to the bottom, as manufacturers rehash what is more or less the same IEM with some minor tuning adjustments and a cheaper price tag. Granted, we’ve seen some innovation, such as in the form of DUNU’s Talos which meshed a BA driver into the mix to accentuate the treble frequencies. Or the Oriolus’ Szalayi which used a planar driver for the midrange. Still, I’d argue these implementations were more gimmicky to plain mediocre, respectively, rather than culminating in something that pushed the envelope. Then you have Custom Art’s latest creation, the FIBAE 5, which meshes a DD for the bass, BAs for the mids, and dual planar drivers for the highs. 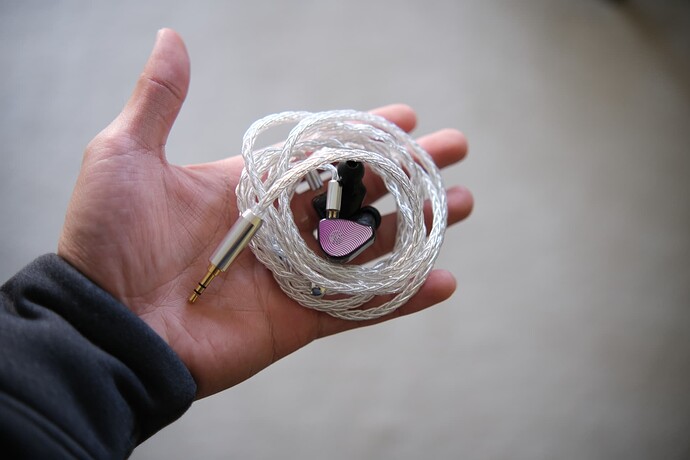 To start, I will say that the Fibae 5 sounds like no IEM that I have heard before, although whether that’s in a wholly good way is more debatable. That in mind, the Fibae 5 strikes me as being a very bassy IEM, for which I would suggest that the quality of the bass is mostly just average for $1K. It’s an odd thing to say given how much bass the Fibae 5 measures with, but bass notes do not seem particularly thick; they lean toward the faster, more nimble side to my ears. I would also normally be concerned when I hear an IEM with this much mid-bass, as it often lends to a more “cloudy” or congested presentation. Thankfully, this isn’t the case with the Fibae 5, as it really sounds quite open for a sense of staging.

I think a lot of this impression can be attributed to the Fibae 5’s treble response. It certainly has a “planar driver” characteristic to it with a slightly spicy, thin edge to transients; however, the extension is excellent. The Fibae 5’s upper-midrange is also quite interesting in that it has a conventional pinna structure followed by a spike at 4kHz. I think it actually works for the most part (and this wouldn’t be the first time I’ve heard something like this given IEMs like the 64A Duo, VE Elysium, and Sony IER-Z1R). There is a sense of artificialness to female vocals - they sound glassy - but it doesn’t land in sibilance territory, and there’s enough bass to balance it out without sounding entirely off. The sense of detail to the Fibae 5 is actually fairly good as well thanks to the spikes in the presence region and strong upper-treble presence.

Basically, I don’t think the Fibae 5 can be considered an all-rounder; this is not the IEM for listeners prioritizing proper timbre and a more analytical presentation. But the Fibae 5 does have solid technical chops. And granted, I don’t necessarily align with what I’ve found to be Custom Art’s house sound, but the Fibae 5’s an IEM that might be worth getting ears on just by virtue of how unique it sounds.

Why do we find few comparisons between these new planar IEMS and older designs like the Audeze LCDi3/4?

This doesn’t use a full-range planar but rather micro-planar tweeters, as such it’s hard to really compare against anything. That’s also why it sounds fairly unique and I like it myself.

@Precogvision try it with the filters, I liked it more with them inside as does Piotr himself.

The filters are just Knowles dampers so you can get the less resistive ones and customize your bass shelf accordingly.