This is the place to discuss all things to do with the Raal Requisite CA-1a. 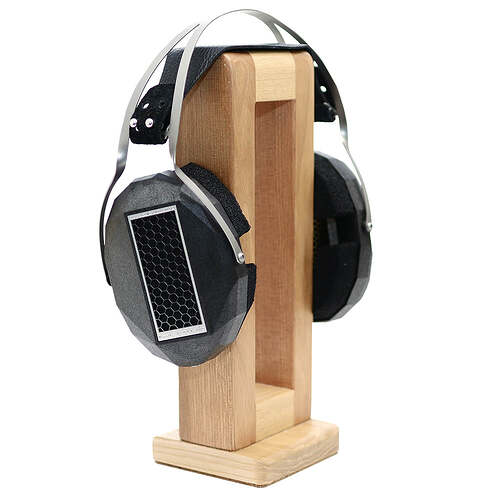 The much anticipated CA-1a. It was only a matter of time and engineering diligence before the CA-1a could see the light of day. What would seem a modest task following the lead the SR1 provided, turned out to be another significant undertaking. Many...

We were able to get a review unit up for some measurements and evaluation.

When I first heard these it was as a prototype at CanJam SoCal 2021. I don’t think they had the pads quite worked out at the time because the treble was downright insane, and many of us who heard it there remarked similarly. The next version I heard at a different show in 2022 had been dramatically improved and was far more balanced. In both cases it was being run from one of the Raal amps.

I feel that the final result may end up being somewhere in between, as these do still have a bit of that bite and lower treble shrillness, but nowhere near as intense as the original prototype many of us heard in 2021. The bass is great though - especially with the sealed pads. Tastefully elevated towards the sub-bass, giving a good sense of thump.

These have a kind of shifted ear gain region to be more lower treble focused than upper midrange focused. One way to think of this would be like an HD 800 S, just even more shifted for the ear gain towards the lower treble.

So, for me, without EQ, the lower treble peaks make it a bit difficult to get into. With EQ, however, the Raal Requisite CA-1a truly shines. This is one where it’s worth it to dive in and make those adjustments. Even if you’re in the anti-EQ gang, I promise you it’s worth it with this one, as the subjective qualities… the intangibles… they’re excellent here. 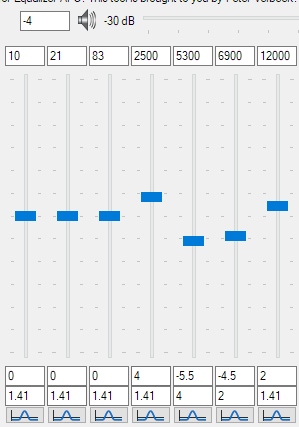 For all of the usual audiophile traits that we might think of as ‘a good thing’, the CA-1a is solid, but in particular this headphone exhibits a really good sense of what audiophiles often refer to as ‘speed’. People debate where this quality comes from, as it hasn’t been correlated with any existing metrics (just leave it at that for the moment, and know that it’s most likely not a CSD thing either). But for those who are wondering what the experience of that quality is, this is a great example.

Additionally, there’s almost a kind of tube-like character to the presentation. This could be due to the slightly elevated third harmonic in lower registers that would be tokened by fundamental tones. But it could also be within the masking window and inaudible in practice, so it’s hard to say if that’s what causes it.

Regardless, I’ll leave it at this for the moment. To me its as if I’m listening to music after having three cups of coffee… This thing is intense in a good way.

Did you measure after EQ?

The sealed/full pad does lift the bass but you also lose the insane clarity, like a Suede pad on a ZMF, it dampens it all a bit much.

RAAL recently sent me another pad, its a sealed/full pad bit a different foam, finer foam closer to the coffee bean pads. It adds bass but doesn’t dip mids and lose as much as the stock full pads. Happy medium.

We welcome the use of EQ to either chase the correct response, or one’s own preferences/taste!

It is very hard to get the other qualities in sound, so the point was not to sacrifice those to get the most accurate frequency response.

In this day and age when EQ is so easily implemented for free, we encourage users to do it, getting a fantastic performance, IMHO exceeding the current TOTL lineup.

I could go on forever about inner workings, but in short, hard work has already been done and hard choices have already being made in CA-1a to the benefit of The Sound. One of the consequences is that they take EQ incredibly well, because there are no problems lurking in the background.

My message to all is to feel free to use a bit of an EQ, as when FR issues are solver acoustically inside the skull-pad-headphone chamber, much more is lost.

The cups are molded very tough polycarbonate with glass fiber.
You can grab the cups and twist them, bending the metal prongs of the headspring to fit the tow-in/out angle to your head. Nothing will break.
Naked foam is there to let the sound escape the ear-chamber as fast as possible. Ribbon driver does not need sealing to create bass, so lots and lots of leakage was the goal. That allows for great dynamics and doesn’t pressurize the eardrums.

We are trying to get the best connection of ears and ribbon drivers to open space, not seal them. Makes the sound more natural for several reasons in our hearing mechanism. So, naked, open cell foam it is, sacrificing the appeal to it’s majesty The Sound.

Plus, they are washable (pressing in a water bath with a bit of dishwasher, do not twist or pull).

I must add about the EQ,

I’ve tried a lot to tweak the EQ, but if I follow the measurements, it always ends up badly.

The presence region gets too shouty, or I get weird, totally un-musical (hever happens in real life) character of sounds, like it’s some really bad recording.

To me personally, EQing to follow the target curve, never-ever brought any benefits in musical presentation. Things just became unnatural to me.

I’ve had much better luck with some other headphones, but they were all nicely sealed and sounded more crowded and more congested in midrange from the get-go.

Seems to me that since the measurements are steady-state, meaning averaged after all the resonances and reflections settled after a while, do not truly represent what we hear.

Music lives, the tones are changing at a faster pace than measurement would want, so there is a lot of direct sound that we hear before everything settles to a measured curve.

So, I end up with just a few touch-ups, and only with amps with tone balance tilted upwards. I do it only as much as it brings something to the table, that’s the important criteria.

Do not strictly follow measured curves. Move in that direction, of course, but only add as much as it benefits the musical presentation.

My recommendation fro CA-1a with “coffee-bean” pads is just -2dB at 1.2k and -5dB at 5k, and only on bright sounding, punchy amps.

The level of effortlessness they have, doesn’t really make things better with EQing more than that, again, to me, personally.

To me personally, EQing to follow the target curve, never-ever brought any benefits in musical presentation. Things just became unnatural to me.

Yes, and I would expect it wouldn’t sound great for most people as well. This is my main issue with the way the target is represented - I don’t think 1/2 smoothing is sufficient to get the required nuances of an individual HRTF, and so if the target is perfectly matched by the FR it’ll end up sounding a bit weird. And I know Sean disagrees with this point, but I think we’d have a better understanding of what to shoot for if we got a fine-grained or ‘high res’ version of the target.

Still, I think doing it by ear is the best way, because you want the fine-grained result that’s ideal for an individual.