I too have found that EQ can effect the perceived soundstage height and width - with most all headphones I’ve tried it with actually. You’re not going insane.

Exactly! Sometimes I now wonder how much of a headphones perceived (in)abilities regarding soundstage are down to tuning w/o eq. Maybe Harman is part of the problem?

Maybe Harman is part of the problem?

Hard to say for sure. I have noticed that some headphones with a perceived large soundstage - like the HD 800S, Verite and various HiFiMan headphones - don’t start their midrange rise until after 1000 Hz, sometimes closer to 2000 Hz. If you boost that range to achieve Harman Target specifications on the Verite, it could be reducing the soundstage size.

So, just when I had resolved that I reach for Utopia 99% of the time and maybe, just maybe, I should consider selling Verite, I queue up an album that just didn’t hit right on Utopia. So I switched to Verite, and then all was right with the world. Just when you think you’re out, that ZMF warmth GETS YA BACK IN.

I can’t believe someone hasn’t sent an offer on these. Not my listing but they are gorgeous and I’m sure the seller would take 1,800ish for it which is a deal. There are some great stuff popping up on the used market and sitting there for awhile.
The days of getting close to full price on your verites have come and gone now. Which is great for deal hunters!! 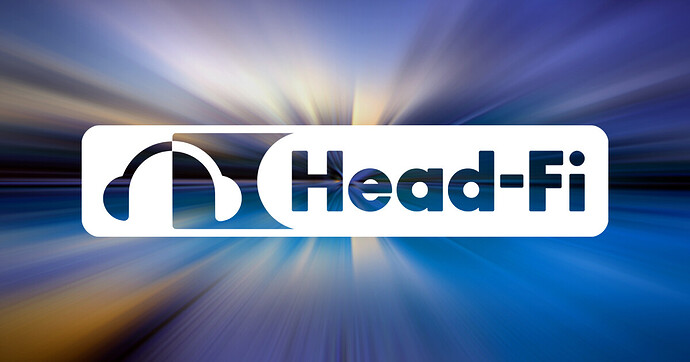 Now I’ll I need is some patience for a few years for a Atrium for under $2k fingers crossed. Probably not until a couple years past and the next new hyped up model drops. Patience is indeed a wonderful virtue!

Or these @Earmuffs lol

$2000 -ZMF Verite LTD Desert Ironwood -Stainless Steel Metals -Beautiful Wood Display case. -Cleaning cloth. -Three cables, 3.5, XLR, and 1/4” as pictured. -Three sets of like new pads Universe, Be2, and Verite as pictured. They are easily one of the most beautiful headphones I have ever seen and heard. I am only selling to fund a costly speaker purchase. Everything is in like-new condition and beautifully crafted with Zach’s world-class attention to detail. I will be sad to see these go,…

I listened to both Verite Open an Closed models side-by-side at CanJam yesterday, and there really is not contest between these two for me anyway.

Both sounded marvelous, however the Verite Open was substantially more spacious and airy than the Closed.

Talking with the ZMF crew, they were surprised with the response for the Closed model as it was intended for people who needed sealed sound not to annoy others. Since measurements showed the Closed was closer to the Harmon curve it sold like crazy.

The Closed sounded terrific, with the Open a big preference for my listening.

I feel like the VC got more attention and became the focus of many because there are so few high end options for closed back headphones. In direct comparison it doesn’t surprise me that the open back would come out ahead, as I expected it would when I made my buying decision.

Yeah I agree with this 100%. It seems from the measurements that the VC’s midrange is less recessed, but to my ears, the upper midrange and treble seemed too forward on the VC’s. The Verite’s sound is aggressive enough already, and I easily preferred the more “laid back” (it’s not a laid back headphone) upper midrange tuning on the VO. In addition to, obviously, the sense of space that comes with an open back design.

In America we don’t have a ton of audio stores to demo stuff, and I know that’s true even elsewhere, and I’ve talked with a lot of our dealers about this who are international to us and do demos; theres a HUGE expectation bias right now from pote trial owners of headphones listening to any brand who walk in, and when they ask them what they like instead of talking about personal preference, they state (insert reviewer name here) target curve or just the Harman target.

Then the person will listen to a dozen models, and realize in actuality they prefer something wildly different from said squiggly line.

This isn’t to say measurements don’t matter, I live and breath measurements all day every day, but I think reviewers are concentrating a ton on what they think is good and how things need to sound via measurements (on various couplers which all measure differently, especially above 1k), and so much less on the experience of being a headphone nerd/audiophile, and how that means your preference will vary form said target based on gear alone.

Having modded and designed a bunch of headphones I am confident at this point that different designs absolutely cannot measure the same for the same perceived result. Even going open to closed the target curve needs to be different for the same listener to perceive the same things, then you add in various sources etc etc and it gets crazy.

Anyways diatribe over, it was good to be back at Canjam this weekend, a lot of people in person still do prefer the VO over VC and Atrium for their personal tastes, but because of the way atrium measures and how reviewers state they see the squiggles, VO often gets written off.

IMO, FR graphs are analogous to movie trailers: it’s a hint at what to expect but it doesn’t tell the whole story.

+1 for VO and Atrium. Both get equal listening time from me.

Personally I don’t really care about how closely a headphone matches the Hartman target. My understanding is it’s based on listener perception averages. To always try to match it would be like studying Thai food spice level, finding the average preference is medium heat and cooks always trying to match whatever medium heat is. That would be pretty ridiculous because averages are just that, and whatever the distribution is, even assuming it’s a normal bell curve would mean actually the majority don’t actually prefer that target and fall somewhere else in the distribution. I get the usefulness especially for designers who have to test and standardize headphones, but for me it’s about pleasure from sound. And personally I like hotter spice than most.

Anyways diatribe over, it was good to be back at Canjam this weekend, a lot of people in person still do prefer the VO over VC and Atrium for their personal tastes, but because of the way atrium measures and how reviewers state they see the squiggles, VO often gets written off.

If I don’t need to keep outside noise outside, VO blackwood and Atrium LTD koa vie for my attention. Otherwise it’s VC

Personally I don’t really care about how closely a headphone matches the Hartman target. My understanding is it’s based on listener perception averages.

Yes It is, and therefor nearly useless. Am I the only one who gets in some else’s car or a rental and the bass cranked to near max and likely the treble as well?

I’m constantly returning the tone controls to neutral, and to realizing the factory middle is still leaning towards bloomy-booming bass.

Harman curve? no thank you.

If I don’t need to keep outside noise outside, VO blackwood and Atrium LTD koa vie for my attention. Otherwise it’s VC

Literally the same for me including those wood types, at least until a Caldera arrives!

We listen to music, not measurements.

I always wonder about people who prioritize measurements over their own aural experience with unfamiliar gear: if they’re scheduled to attend a recital in Carnegie Hall, do they ask for acoustic measurements from that venue? Maybe ditch the concert because the measurements don’t adhere to some theoretical profile…?

I wouldn’t know a Harman curve if I tripped over it, but I know great headphone sound when I hear it. It takes real time & effort to learn what good sound is for me, but it’s so worth it. For example, the VO is my current best headphone. Not just because I love the sound, but because it’s a very dependable lens through which to perceive other things in the chain.

Currently I’m rolling NOS tubes in 2 tube amps, and I can rely on the VO better than any other headphone IMS to tell me what these tubes sound like.

at least until a Caldera arrives!

Have you had a chance to listen to the Caldera? I found it slightly fatiguing, somewhat constrained, and quite forward. In contrast the extending listening to an Audeze LCD-4z was remarkable. ZMF’s approach to planar technology sounds good on paper, but seems like it needs more development to catch-up with other mature offerings.

I’m a ZMF fan, but driver based headphones seem more their power alley. Your views are appreciated.

I did this weekend, probably more time with it than anything else, and a bit of time with it and the Atrium back and forth. Really the only planars I’ve had are the Arya v2 and the HE-4XX and I don’t use my Arya a ton, though they always impress me when I do. So probably not the best person to give an informed opinion. Didn’t spend much time with the LCD-4z and 5 because I knew I wasn’t going to spend that much. I did prefer the LCD-3 more than the 4z basically for the mids and liked it enough to order one today.

The Atrium has a wider stage I’d say, but preferred the bass and details on the Caldera. I didn’t find it fatiguing but I don’t get that from anything in a few minutes. Also the room was loud most of the time. I didn’t find the mids as forward as the Atrium. I did find the Atrium less detailed when I’d go back to it. I’m not sure what you listened to the Caldera on but I know on the Envy at one point the impedance setting on it was wrong and it didn’t sound good at all and didn’t bother with any of the OTLs with it. I also got a bit of e-stat ethereal sound out of it at times which I loved. I’m definitely getting one, but will be able to say more when I get an evaluation pair when he sends those out.

It’s certainly not on the level of the 1266TC (not surprising since it’s almost twice the price), which was probably my favorite at the show. I preferred the Caldera over the Susvara, LCD-4z & 5 that I briefly listened to, but it was even louder in those rooms.

I’m finding listeners experiences varied more widely than I might have expected based on source with the Caldera. I also couldnt keep up at CanJam because the room was so busy, but the Lina in our room got messed up {there’s a lot of crossfeed and voltage settings} , the Envy (impedance) and then numerous people were listening to the Caldera on otl amps in our room as well. It was just too busy to to get everyone to listen on proper setups.

We will be getting them to many reviewers and others to demo soon for in home impressions.

It was very busy (borderline chaotic while I was there 2x), but you and the team did a good job of being informative hosts.