64 Audio is known for making some pretty great IEMs (also expensive!). What are you thoughts on them? Has anyone tried some of their universals? I know their customs are pretty popular.

They make some genuinely great sounding IEMs - and I’ve found their earlier (licensed) ADEL and current APEX technologies to be fabulous for reducing listening fatigue and resulting in a much more convincing, and expansive, rendering of stage (at the cost of a little isolation).

I very nearly fell for the original U12s … the sound/balance/tuning was about perfect for me, but then I decided I wanted customs … and by the time I had gotten around to getting ear impressions, well rumors of some new technologies and other changes … namely the new “tia” drivers and the switch to APEX from ADEL, meant I went into “wait and see” mode. 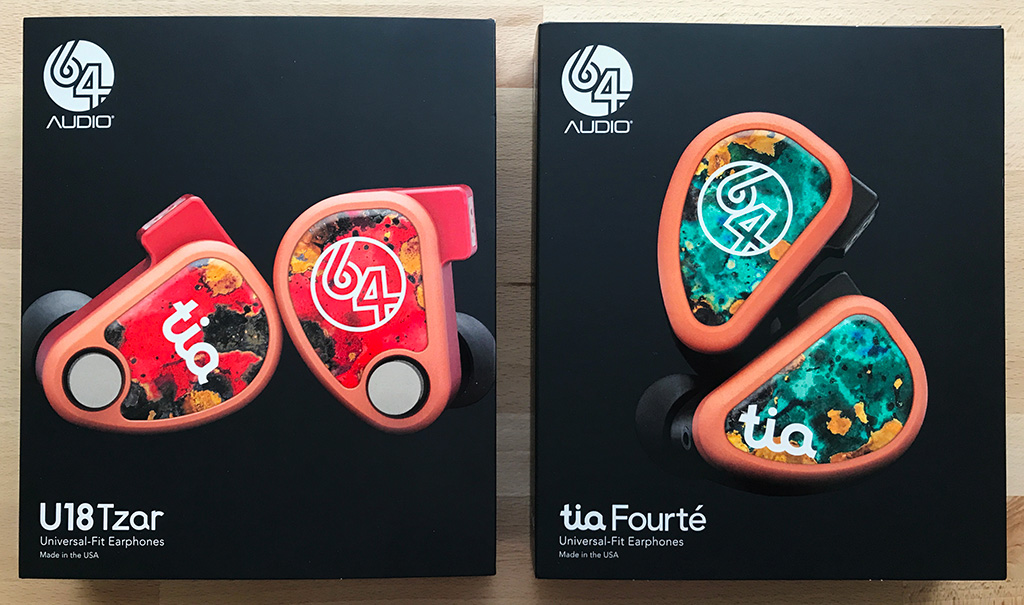 Both were quite surprising, the tia Fourte in particular - the presentation was so far removed from what I was used to that it took me several hours of listening to really figure out what was happening … particularly with regard to an odd perception of the coherence of their delivery being off. However, once acclimated to what was, at the time, a new-level of resolution/detail for me (despite owning Empire Ears Zeus R universals at the time), the apparent coherence issue went away and what was left was incredibly impressive as well as thoroughly engrossing.

The principal reason I don’t own a set right now is that for the asking price for the tia Fourte … I want a custom fit. Whether that’s something 64 Audio will be able to do at some point wasn’t clear, but if they do - I shall likely be in line for my own pair in very short order.

I very nearly succumbed and bought A18s in custom form, and to get the swappable APEX modules (they’re fixed on the tia Fourte), but the dynamic bass on the Fourte was just too much to ignore. 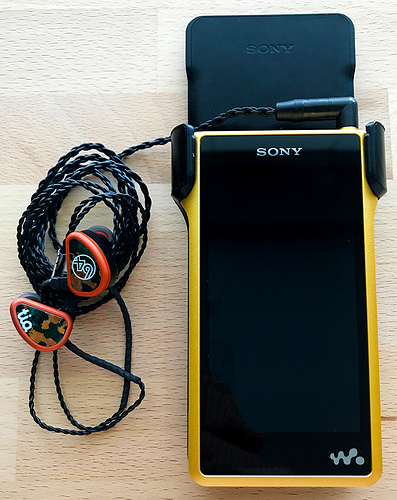 The above pairing was an amazing experience, and portable to boot.

I have the U4-SE Universals and love them, I’m disabled so money is tight but I did get a b-stock upgrade cable and it really added to the sound quality. I’m always looking for the next iem but these so far have my #1 spot.
The sound just gets better and better…my most expensive iem to date but paired with ibasso DX90 and D14 Bushmaster DAC/Amp I’m in heaven!
I’m 60 and listened to headphones and iems since I was a kid and this rig is the finest portable sound I’ve ever had.
Watch your favorite musician play live and you’ll probably see 64AUDIO iems being used.

I love iem’s myself and would love to own a pair of 64 Audios higher end offerings. They are very expensive though and have to go onto my wish list with others. I do feel grateful for what I’ve got but sometimes get a little greedy.

I’ve been hearing good things about the tia Fourté and would love to get my ears on a set. Unfortunately 64 on a whole are a bit out of my price category but a guy can still wish. Really wanting to get a listen to the Fourté universals because heard that they offer tech which reduces pressure buildup when inserted in ear. I’m pretty sensitive to pressure changes and have a hard time using in ears for even relatively short periods of time. This includes customs. Sad is my life :(.

I only got them because the planet’s aligned and a new credit card had arrived!! LOL
Totally worth it, apex modules relieve the pressure and the sound just greets better. The tia and fourte tech is unattainable to me in this life but a slice of heaven our sweet! 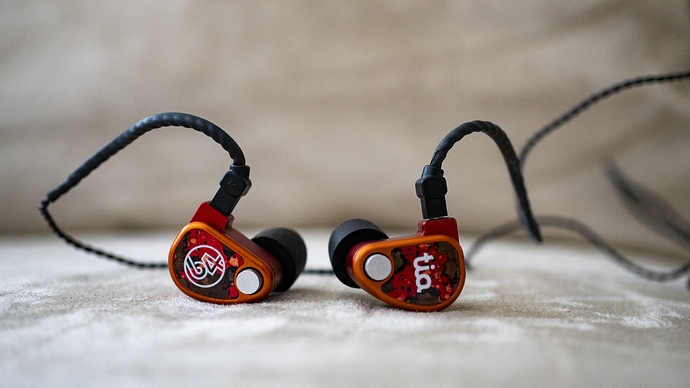 I’ve been spending a lot of time with the U18t and figured I would give some very quick impressions. At first, I’ll be honest, I was not a huge fan. They sounded rather bright, especially when compared directly to the tia Fourté and the Trio. But after speaking with 64 Audio and looking at their website, I just figured because the low-end was so pronounced on the Fourté and the Trio that I moreso just needed to adjust to the U18t’s sound signature. I am happy that I did! 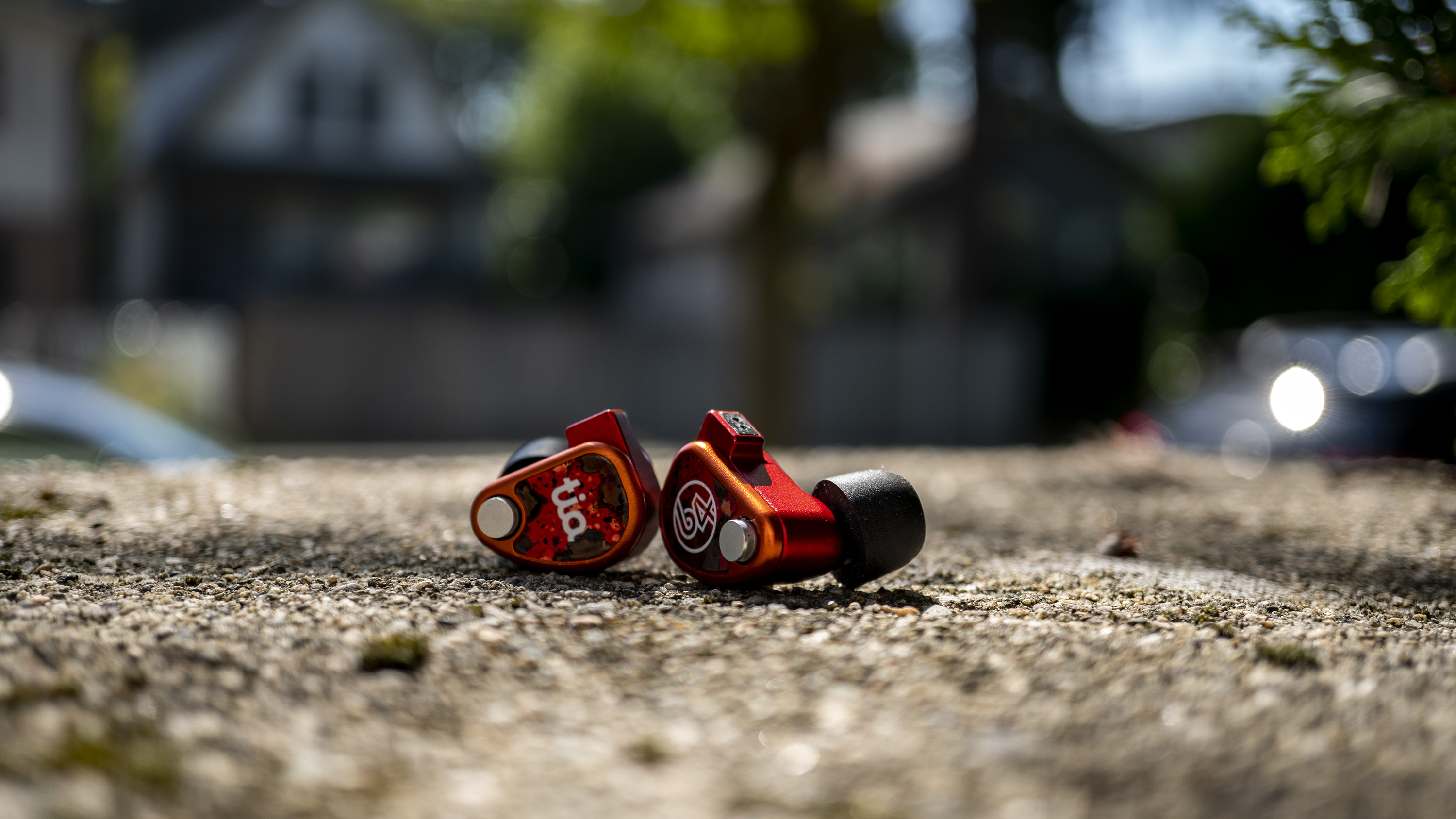 The U18t has a much more balanced sound than both the Fourté and Trio (which are tuned very similarly to each other). It reminds me a lot of the Andromeda although the soundstage is a little more expansive on the U18t and it has a more detailed sound. It doesn’t quite have the same sparkle in the highs that the Andromeda has but I found myself using the U18t for a variety of genres while with the Andromeda I tend to limit myself.

Some of the songs that I haven’t been able to stop playing with the U18t are: (as an aside, the traditional warning for my impressions and reviews is here as well. I test and use headphones with music I listen to on a daily basis. I throw in the audiophile track here and then for listening but generally won’t throw them in my test list. Norah Jones, Diana Krall, Steely Dan and Muddy Waters is not my idea of fun listening. I know its different for others but that’s my personal preference.) : 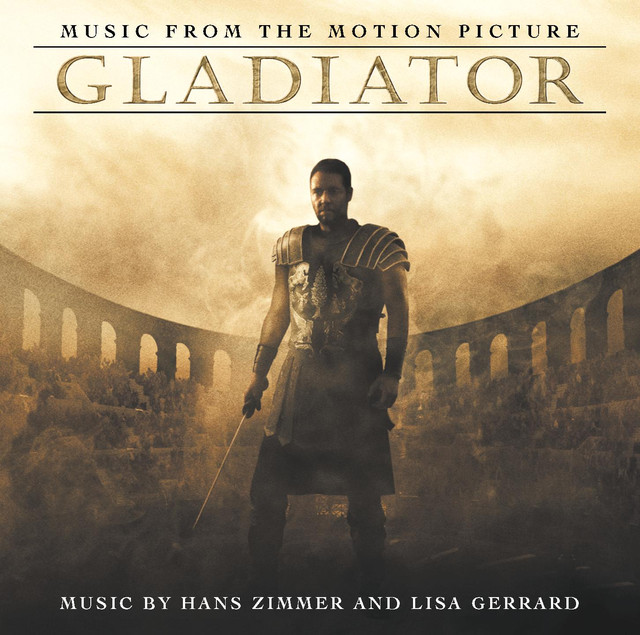 Now We Are Free

Now We Are Free, a song by Lisa Gerrard, Klaus Badelt, Hans Zimmer, Gavin Greenaway, The Lyndhurst Orchestra on Spotify 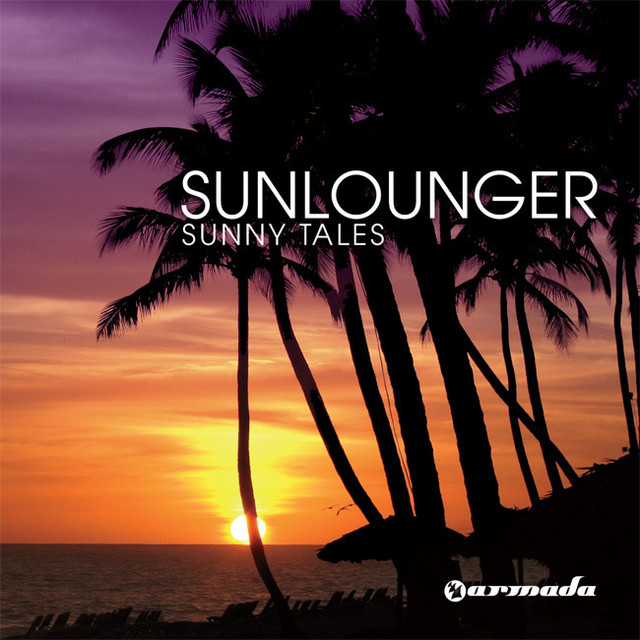 Sunny Tales - Chill Version, a song by Sunlounger on Spotify 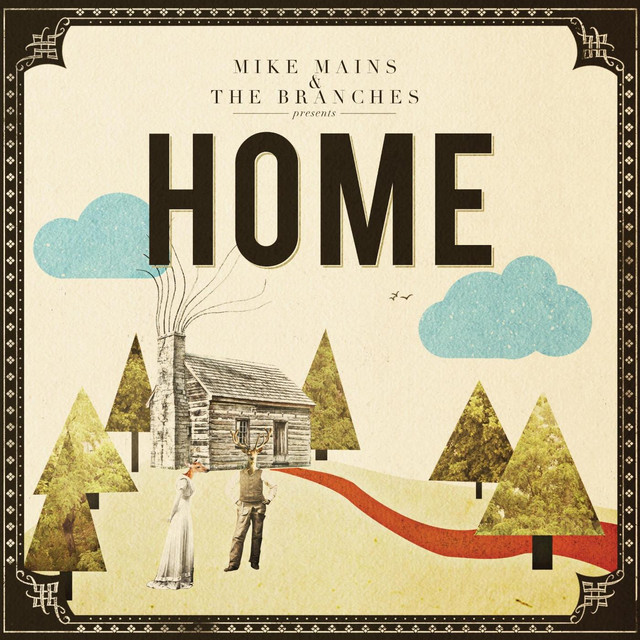 Stereo, a song by Mike Mains & The Branches on Spotify 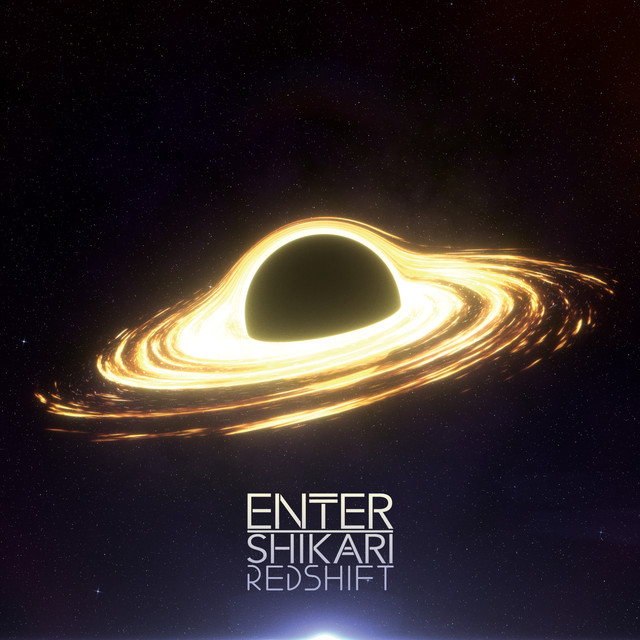 Redshift, a song by Enter Shikari on Spotify 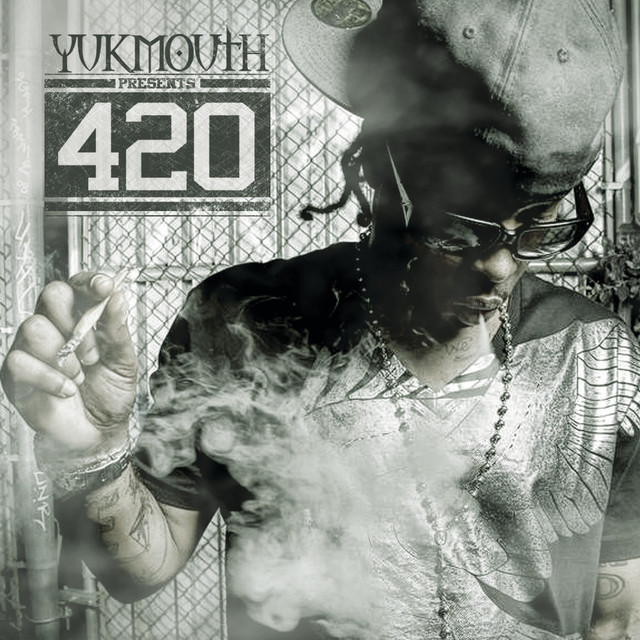 Ayo For Yayo, a song by Andre Nickatina, San Quinn on Spotify 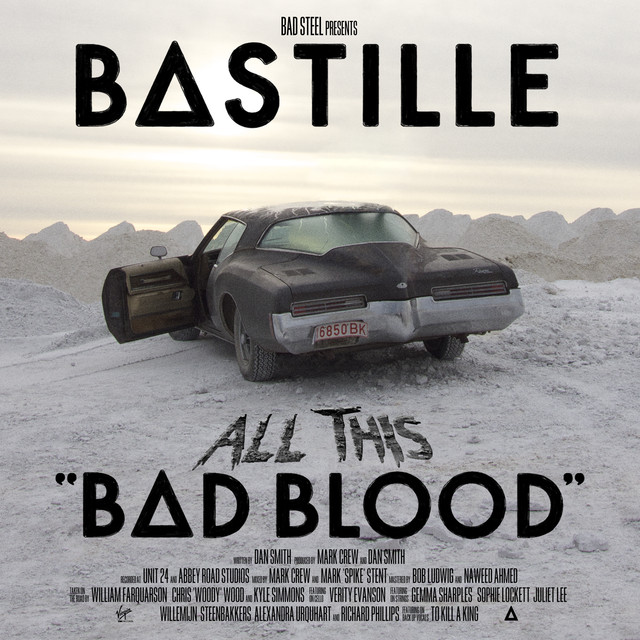 Pompeii, a song by Bastille on Spotify 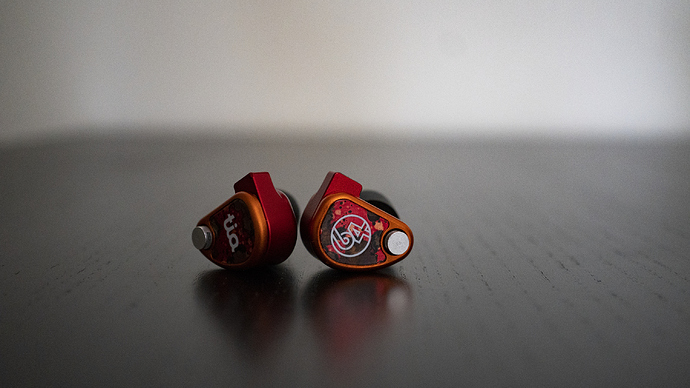 Sources being used so far are:

The most enjoyable pairings for me have been the Macbook Pro --> iFi Audio Nano BL with the headphones as well as the QP2R for portable use. The Dragonfly Red produces a little more background noise then I would like for portable listening and no analog control always makes listening to sensitive IEMs difficult. The Dragonfly Black is definitely a little more manageable but I still prefer the Nano BL as it had a lower noise floor when using it when my iPhone. The U18t also sounded pretty great with just the lightning dongle with very little background hiss. The hiss really wasn’t audible once music was playing which was not the case with both Dragonflies.

I will be spending some time with them and getting some more detailed impressions done over the weekend. So far, I am quite liking them.

Norah Jones, Diana Krall, Steely Dan and Muddy Waters is not my idea of fun listening

It’s funny you mention that. I picked up a couple of Steely Dan CDs along the way because of their reputation for great recording quality (which seems well deserved), but the only time I ever play those albums is if I’m doing “critical” listening. Thankfully, there’s plenty of music that I enjoy that’s also well recorded.

I’m really enjoying it and looking forward to picking up one for personal use, here soon as I finish writing up my review of the Dragonfly Black.

Are they particularly picky to what they’re paired with? Say as much as the Andromeda?

I picked up a couple of Steely Dan CDs along the way because of their reputation for great recording quality (which seems well deserved), but the only time I ever play those albums is if I’m doing “critical” listening.

I think its mostly headphone shows that have made me jaded towards certain artists and songs. With the advent of Tidal and the like, the landscape has changed a little bit in terms of the tracks available for listening but even as of two years ago, it was generally the same 5 audiophile tracks found at every headphone booth. When we went to CES 2016 we had the opportunity to listen to the HifiMan Shangri-la and there were only about 5 tracks to choose from and Celine Dion’s “My Heart Will Go On” was the track of choice. Not entirely my cup of tea but I know why manufacturer’s do it. The headphone side isn’t nearly as bad as the two channel side of shows though.

I’m really enjoying it and looking forward to picking up one for personal use, here soon as I finish writing up my review of the Dragonfly Black.

Haha I’ll make sure to keep that in mind for future reference! I am also really enjoying my time with it. I do wish it was a little more slim to make portability a little easier but I really do like how it performs with IEMs.

Are they particularly picky to what they’re paired with? Say as much as the Andromeda?

I haven’t found them to be overly picky. There is some hiss with the Dragonflies but out of the QP2R, iFi Nano, lightning dongle and even through the headphone jack they are pretty silent. Definitely not as picky as the Andromeda.

Among others, I had the 64Audio tia Fourté arrive, on loan, yesterday. So for a bit of fun, I hooked them up in what would be a somewhat insane portable set-up …

Starting with the tia Fourté themselves …using a Chord Hugo 2 as the DAC/amp (the best portable DAC I have heard), fed by a Sony NW-WM1Z which is the best portable USB-capable transport I know of, as well as being an outstanding standalone player and USB-DAC/amp itself.

I’d have to be on an extended trip to carry this lot together … but I wouldn’t be wanting for much if I did.

Indeed, what an incredible setup. The audiophile gods would be literally pouring musical nectar into your ears.

Ambrosia for the ears perhaps?

But definitely not for the pockets …

Yes sounds good. However over in UK there is a brand of Custard called Ambrosia. Soooo it could be custard for the ears.

Most definately. Although these iem’s would probably sound great with most gear. Though it must be fun to pair it with such wallet busting hardware.

They’re excellent out of everything I’ve tried them with so far … ranging from the Apple Lighting to 3.5mm Dongle, Dragonfly Red, to the Questyle QP2R, Sony WM1Z, Hugo 2 and so on.

Will you be reviewing these at some point? I can’t remember whether or no you already own some iem’s from 64 Audio.