Happy Sunday friends! We have my impressions video on the LCD-5 Premiering today at 9 am PST.

I will share my impressions of the Flagship Planar Magnetic Audeze LCD-5. This video will focus on the build quality, design, and some of my sound impressions about the LCD-5. I purchased the LCD-5 last year when it was first released after hearing it at Can Jam, so I have had plenty of time to formulate my long-term impressions about the LCD-5 paired up with several amplifiers, as well as I have already made some sound and build quality comparisons to a couple of other flagship planar magnetic headphones in the same price range such as the DCA Stealth and most recently the Meze Elite videos which will be linked at the end of the LCD-5 Video. I hope you enjoy this video and have a wonderful rest of your weekend.

I may miss the impressions but I have seen videos on them from others. Jealous you are getting those to listen to and I hope to one day sample them at a canjam or something! However…actually owning them would require divorce papers and a 2nd job lol. Joking aside, looking forward to watching the recording of this.

Did your pair not come with the travel case? I thought that was standard 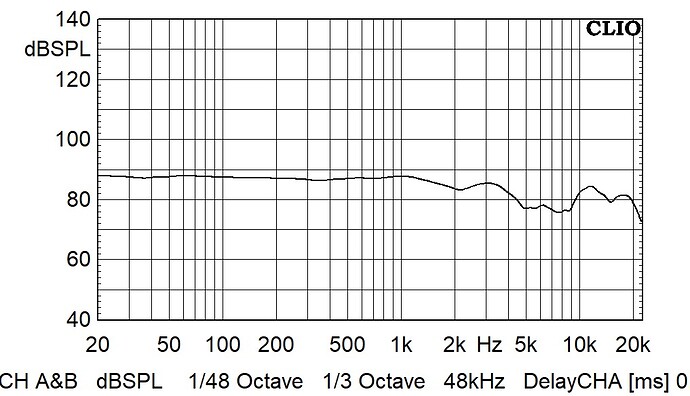 How did you obtain this for your specific pair?

Contact Audeze support with the serial number of your pair :)_

I haven’t heard the Elite but from what I read it might not be detailed enough for you in the treble if your looking for V shaped signatures.
Maybe Abyss?

he clarity is great but it is too mid-forward like the vocal is singing in front of my face. Also, I want more V-shape signatures and a wider soundstage. I will try to find an Empyrean Elite to see if it improves on those factors.

What amp and dac did you pair the LCD-5 with?

Wow! That is impressive to have all your gear in one hand and photo!

I own the Oor+Hypsos and the GS-X mini and previously had a Soloist 3XP and sold it.
For the LCD-5 my favorite is the GS-X mini. If you get a R2R DAC like the Denafrips Ares II it’s even better and that’s what I would recommend for the 5 and gs-x mini.

I have GSX Mini and DENAFRIPS ARES II, sounds awesome with my LCD4z. Hope to get LCD5 someday. Personally I suspect it would take many thousands of dollars extra to get better realized SQ than that presented by the above components.

With regard to new LCD5, it is fairly difficult to move away from my LCD4z since it sounds perfect to my ears, and the 5 is lacking in the house Audeze signature, moving more toward a completely neutral clinical presentation? Admittedly I have not had the pleasure of listening to LCD5, so just going on everything read in here and on many reviews everywhere on the net etc.

If you like the Nimbus, have you considered the Violectric V550? It’s built by the same company. I don’t have any personal experience of it, but I’ve heard it gets close to the level of Nimbus, with slightly warmer sound than the Nimbus, but at half the price. It’s on my shortlist with the Oor to try out.

I am an audioholic – I ned better and better sound to please me.

Haha, I think that’s a requirement for joining the forum.

I have the Oor, had other high end stuff here, could upgrade other components of I wanted. And am still keeping my gs-x mini here. That’s how much I like it. I don’t think it’s enough for my Susvara, but anything else you throw at it would probably sound amazing.

The moderators of the current forum enforce similar rules here. We try very hard to steer clear and stay focused on audio.

As @generic says, this forum is for discussing headphones, audio and music, NOT politics or religion. Plenty of places you can indulge in all the political or religious discourse you desire; this isn’t one of them.

Keep things on topic and don’t engage in petty tit-for-tat post flagging - it creates unnecessary work for the moderators.

Has the LCD-5 made anyone else appreciate new genres of music? This is the most technical headphone I’ve owned and because of this I’ve gained an appreciation for Jazz that I’ve never had before

Can someone who owns or owned LCD4z and LCD5 contrast the overall signature or SQ especially with regard to bass and house audeze sound? Have they made it purely a reference standard more suitable for mixing engineers? My 4z sounds very fast, wonderfully deep hard hitting bass etc., and LCD5 does not carry on that tradition? Really wish i could audition a pair with same components but prolly not going to be possible. GSX Mini and DENAFRIPS Ares II. Maybe someday…

Thanks, would surely love to take you up on that offer, but I live in deep south TX. I did read a good review Vinshine Audio sent on the dacs and I decided when the time comes to look into a different dac would prolly be the Pontus. So an audition there would get both of those components. Oh well…

I had the MX4 at the time I first got the LCD-5, and have owned the LCD-4, but not the 4Z, so hopefully this can give you an idea.

The LCD-5 does not have any of the audeze “house” tonality, it is a complete departure. This is mostly due to the fact that the LCD-5 has real mid presence, unlike it’s predecessors. However, it does retain the punchy, dynamic, and fast nature of the LCD-4 line. I would even say it has a much faster and more dynamic sound than the LCD-4 / Z / MX4. The technicalities of the LCD-5 are absolutely stellar; I would say it sounds like a planar utopia.

That being said, the LCD-4 lineup has more bass bloom, which will make certain bass notes sound fuller, but not quite as loud. Kick drums in busy passages often get lost on the LCD-4 lineup, but the LCD-5 keeps them in focus. I have heard that the LCD-4Z has slightly tighter and faster bass than the 4, so maybe the LCD-5 and 4Z would be equal. That being said, because the LCD-5 has a lot more mid energy, you would have to lower the volume to compensate. Have both headphones at equal loudness, the LCd-4/z/mx4 will be louder for all frequencies under 1khz, including the bass. So if you do not use EQ to raise the bass or lower the mids of the LCD-5, the LCD-4 headphones will sound like they have more bass quantity.

Many people who have owned the LCD-4/Z for a long period of time, and enjoy it without EQ, have voiced their dissatisfaction with the LCD-5. So if you do not EQ, nore plan to EQ, and if you are absolutely in love with the sound of your LCD-4Z’s, then you should certainly test the LCD-5 out before you make any sort of commitment.