Are there any members who use their DAPs exclusively (or almost exclusively) as a digital transport for their headphone system? As in, ‘it never leaves the house’? Do you find any particular brand/model especially well-suited for this use case? I will need to replace my ageing DAP soon and would like some suggestions. Budget would be >$700. I have looked at some exclusively transport only items, but all seem to have teeny-tiny screens, which limits their usefulness in searching a fairly large music collection. I do not want to use my computer as the search screen… it’s in a different room than my listening station.

Is your DAP used for storing files? Used as a DAC? Is it just serving as an interface to access a file server? A lot of people use an Apple or Android tablet to either (1) stream files from a remote service such as Qobuz, Apple, or Amazon, or (2) stream files from a local / private server. These can send digital files to a DAC for later (high quality) decoding.

It’s very hard to find a better interface than a tablet at any price, and they run standard / versatile operating systems. A touchscreen is a touchscreen.

I simply kept an old phone, Android 11, and put UAPP on it, it bypasses everything in the phone and Android, spews out the bitrate in the track untouched, then to Mojo 2.

Personally I’ve tried DAPs and I’m used to a good screen, refresh rate and speed of Android us I want to use Mojo 2.

I also find a lot of DAPs over priced

So, in my house I have Roon, and that may color everything that I do, because I’ve built around it. I did so because I make use extensively of it for DSP/room correction and multi-room and radio / discovery. That’s a whole kettle of fish. Most of my endpoints, headphone or 2-channel are RPi / Ropieee / Roon Bridge fed into DACs (most via USB, some via XLR/AES).

But… and here’s where it’s perhaps useful… I find that the best “never leaves me” endpoint for being somewhat mobile within my home is an old phone or iPad. They are better in terms of interface / usability, and they update (unlike DAPs). Now I’m primarily running Roon’s ARC, but you could easily use VNC or PlexAmp or Qobuz’s app, or Tidal’s app or whatever you want to play from a local NAS or stream. I’m just using Roon to unify those local and streaming libraries, and that’s a luxury, and can require a certain amount of networking know-how or an installer. But the basic point is that I think a phone/tablet is WAY WAY WAY better than a DAP in terms of usability. If you have an Android device, you can get a huge-ish micro SD card in an android device, say 1TB of “local” music if you want.

And if you’re willing to accept some amount of dependence on one of the better Bluetooth implementations, then I think it’s smart to get an android tablet that supports LDAC or aptX HD and the Fiio BTR5, and then all of a sudden you have the best of all possible worlds - you’re totally mobile within your home, and you’ve got a great device for navigating your collection whose interface is kept up to date (unlike most DAPs). You may have to experience some discomfort with the lossy nature of Bluetooth, but my experience is that the “better” imlpementations of the more modern codecs are remarkably positive. I drive my ZMF Verite Opens and my LCD-3’s from both a Folkvangr and the Fiio BTR5, which might sound absolutely crazy - do I think that amplification matters or not? But the reality is that I think “it depends”. Sometimes I’m in the mood for full lean-in, sometimes I’m in the mood for listening while I’m doing something else. Options.

I know that’s not the question that you posed, and we all have different needs and use-cases, but I would suggest that you use the opportunity to think about all the different form-factors you can use these days. I’m not anti-DAP, but as I’ve spent a bit of money on experimenting with Chi-Fi equipment these last couple years, I’ve gotten unhooked from some of the habits I had. There’s no longer “just one way” for me, and I’m trying to be a bit more “adventurous” in form factors.

In any case, good luck! I’m guessing that you may well stick with a DAP - but I hope you “look around” a bit, and find something you’re psyched about.

Thanks to all who responded. To clarify, the DAP is connected to a FiiOK9Pro via S/PDIF optical. The DAP is running Android8 with Poweramp installed. The DAP’s microSD card holds all the music files (90% FLAC, 10% mp3). I listen exclusively with headphones. Currently, I do not stream music from any thrid party service.
Never having used a tablet before (I know, I know…

), I am assuming that the tablet’s memory would hold the music files, and it would send the stream to the K9Pro via either bluetooth or wi-fi, correct? Do any Android tablets provide for a hard wire connection (line out or optical or coax)? I would want to stick with Android, because I am used to it and don’t want to give up Poweramp, as I am very used to it, too.

That’s a nice DAC/AMP. Well, you could easily connect put that same microSD card into an Android tablet. and then either (a) connect the tablet to the USB input of the K9Pro with a standard USB cable or (b) connect via bluetooth - the K9Pro supports a wide variety of standards.

Example of USB A to USB B cable to connect tablet to Fiio K9 Pro - you can go overboard with audiophile versions, but a $5 printer cable will do fine: 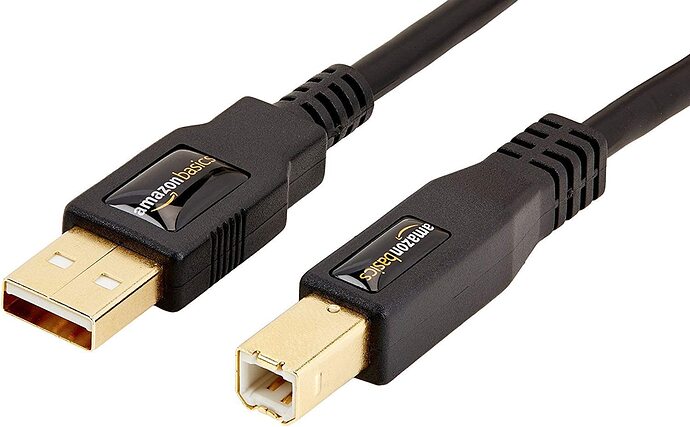 Example of OTG “splitter” (again, you can find audiophile versions, I personally am not buying those): 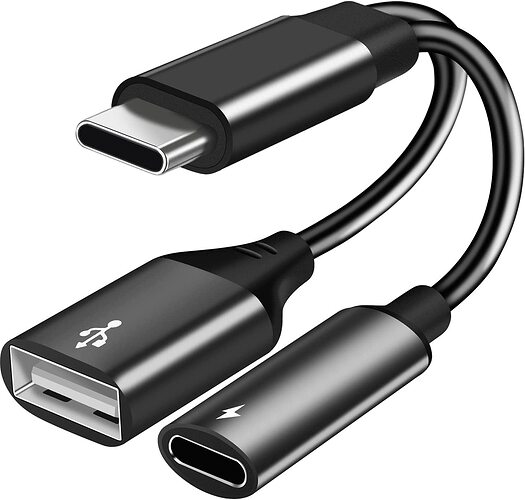 Important Note Before Purchase: 1.Please make sure your mobile phone or tablet supports OTG function, and for certain mobile phones, please go to phone’s setting menu and enable ’OTG function’. 2.The transmission rate is subjected to the limits of SD...

Now the question is which tablets support AptX HD, because that’s the codec you want if you’re going to go this route. This article outlines phones which support it, but doesn’t list tablets. The Samsung Galaxy Tab 10.5 does according to bluetoothcheck.com and you can use the same site to check which devices support AptX HD (you can search on this page by manufacturer / name).

Hope that’s not all too much. I personally think that the interface of DAPs tends to be so much slower and slow to update than the apps on devices, so if you’re at home and you’ve got a nice DAC/Amp already you might as well have a more user-friendly transport.

Of course you could go further and just use an old laptop instead of a new tablet, but that’s your choice just how far to go.

Thank you for a most complete answer! Much appreciated. Any suggestions for a Android tablet that accepts microSD cards?

As @johhnnnyooops implies, you basically HAVE an Android tablet right now. It’s just a small one that’s been turned into a permanent DAP interface.

If you move your microSD card over to the slot on a tablet and install Poweramp my guess is it’ll work fine. Beyond USB or Bluetooth, you might also buy an external S/PDIF or coax converter if dead set on using them. However, USB is better than its early years and I’m quite happy with the quality of the USB interfaces of my DACs (i.e., Schiit, FiiO, iFi). USB is a simple and direct wired solution.

You might try a streaming service for a month – many offer free trial periods and are inexpensive after that. If you belong to Amazon Prime, they bundle in some compressed music for free. Youtube also let you try compressed music playback (with ads of course).

Any suggestions for a Android tablet that accepts microSD cards?

Many of them do. I had a Samsung several years back that took cards. Check the maximum capacity in the specs. I ran music from that before moving to the Apple iPod Touch and iPads.

Again, my thanks! This is exactly what I need.
Merry Christmas/Happy Holidays/Blessed Yule/Happy Hanukkah!
Mark

Also, note that some Android docks - USB to a dock, support SD/MicroSD