The recent sale of my DT 1990 left a hole in my lineup for a dynamic driver circumaural headphone. I’ve been on EQ kick lately but also crave something that I can just plug in anywhere and have it sound good without DSP. I once had the HD600 which I thought were pretty good and definitely didn’t need EQ, but had a few flaws:

Having read about the HD58X on various forums, and especially on DIY Audio Heaven it seemed like it might fix some of these issues and serve as a very competent all-rounder.

Well, I received a used pair from eBay yesterday. I’ve gone through my standard test songs and now I’m just listening to whole albums (Fleetwood Mac’s Rumours as I write this). It’s still the honeymoon phase, but so far I’m pleased. There’s still plenty of detail, timbre still sounds very natural, the bass sounds clean and deep and doesn’t make a show of itself, and I’m not finding myself annoyed by congestion or grain. Some people have complained that despite the manufacturer’s claims, these aren’t sensitive enough to work with portable sources, but I’m listening at around 37% volume on my LG V20 and they sound fine.

I will say that I haven’t had any “wow” moments the way I did when I started listening to my LCD2C or DT 1990. In that way they remind me of the HD600, which is to say supremely competent and more than enough headphone for anyone with sane tastes, but not flashy.

As always, this hobby constantly teaches me new things. When I first listened with these they sounded somewhat dull and disappointing. On a whim I tried turning off crossfeed in USB Audio Player Pro and these suddenly “came alive”. After reading through various discussions on the topic, I learned that at least some crossfeed implementations mess with frequency response and in particular attenuate higher frequencies. Oddly enough, though I found the DT 1990 fatiguing without crossfeed, the HD58X so far seems perfectly comfortable. I’m not sure now whether that’s due to the HD58X having a different soundstage or if my DT 1990 EQ settings just didn’t bring down the treble enough on their own and needed help from the crossfeed …

Judging by the widespread love for the HD800 I suspect some would disagree with that!

my favorite pair of headphones that I currently own. I’m interested in more of your thoughts on the HD58X, I was one of the first purchasers on the drop…but was also a part of the shipping fubar where they sent me a high number instead of a below 100 serial number…but I didn’t want to deal with sending them back for a lil ol number on them

). I do like that it is more forgiving to the music than my TOTL headphones (HD800). It makes for a more relaxed listening experience.

Many people who own both very much appreciate the HD 800 but usually prefer the HD 540 over all
You cant beat the 540 for its natural presentation. Technically I found the HD 800 good but the HD 540 is much closer to how the emotive aspects of music actually sound in real life

my favorite pair of headphones that I currently own. I’m interested in more of your thoughts on the HD58X

I’ll probably do a full(ish) review after I’ve had them for a while. I also have a Focal Elex in the mail so the review might take the form of a comparison.

Oooh, I might piggy back off of your comparison with my Elex and 58X. It will be fun to see how we differ or have similarities on the two Headphones

I’m going to try something new and post impressions as I go, album by album.

First up Rage Against The Machine

This is a bombastic album that’s nevertheless well recorded and mastered. When it’s clicking with me, this album makes me feel reflective, angry and powerful all at the same time, and it gets me banging my head and moving my body almost reflexively. I’m experiencing this right now with the HD58X even when listening at 30% volume on the V20. The bass drum hits hard as it should, the bass guitar lines are clear and De La Rocha’s voice is articulate and well placed in the mix. The guitars sound realistic as do the cymbals, and there’s a feeling of everything being present and accounted for and nothing pushing its way to the front.

But … I remember things sounding punchier on my EQ’d DT 1990, and the cymbals definitely sparkled and shimmered a lot more on the Beyerdynamics. Almost reflexively I reached for EQ and bumped the high treble, but I immediately noticed that ruining the Sennheisers’ perfectly natural timbre. I suspect the HD58X are presenting the recording more accurately but I do miss a bit of that excitement.

Overall though, this is a good showing so far!

Peiple have complained of the clamp. I’ve noticed some discomfort around my right ear after longer sessions, oddly only after taking these off. I’ve bent the metal part of the headband-let’s see how that goes.

Yeah, I am listening to Rage now, and I think it doesn’t pair very well with this headphone. It isn’t as lively as it should be in my head. I just plugged it directly into my ADI-2 DAC and it livened up a lot. Wow…that shouldn’t be the case… ok just went back and forth, and volume matching was the problem…ouch…just hit high gain mode on the element and almost blew my ears out… :’( Ok these sound really good, but for me they just seem veiled, but a velvety soft veil =) maybe I’m just too used to the HD800. 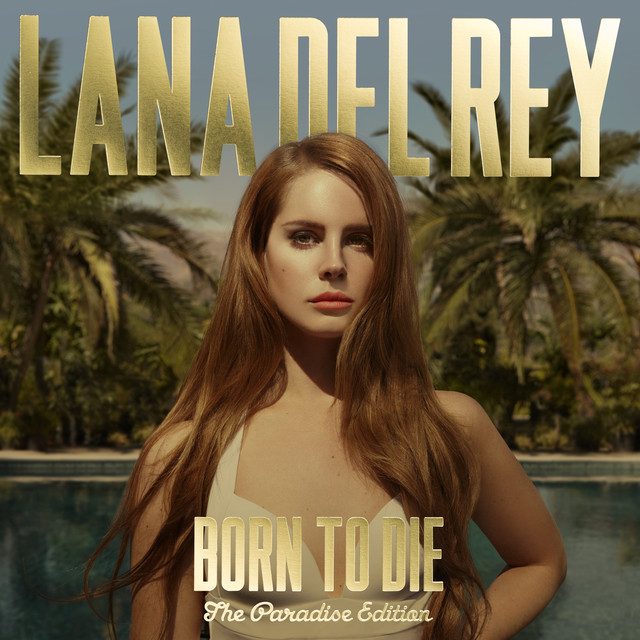 Edit: Bonus track one of my favorites I can listen to it on repeat and I don’t understand French, but it is still just a beautiful track

Eblouie par la nuit, a song by Zaz on Spotify

Ok these sound really good, but for me they just seem veiled, but a velvety soft veil =)

Yeah, I hate to say it because it’s such a cliche, but veil is a good word. I’m listening to my favorite Dream Theater album right now:

In addition to cymbals missing a bit of edge, the electric guitars don’t bite quite like I want. Also, the bass guitar is just a little too bloomy for my taste.

But darn it, I wanted something that’s doesn’t need EQ

The bass is something I could solve permanently with the felt mod, so all is not lost. Of course there’s the matter of the treble. Part of it is likely due to age-related hearing loss, and part due to me listening at low volumes. Hmm…

Okay, going forward I’ll listen with just bass EQ until I have time to apply the felt mod.

I think female vocals really shine with these

They do. I still feel like the veil hurts the dynamism of the delivery. Adding the high shelf EQ really brings out the harp in Video Games without intruding on the rest of the song, and the clapping in Eblouie par la nuit feels kind of dull without that EQ too.

Okay, here’s something where the HD58X sounds absolutely great without EQ:

My Sweetheart, My Dear

A female voice and an acoustic guitar, nothing else. Looking at the spectrum of this song, there’s no sound above 8 kHz nor below 63 Hz. The very next song on that album adds bass guitar and cymbals, and sure enough EQ becomes helpful again.

Happy to report that adjusting the clamp seems to have eliminated the pain around my right ear, so that’s a win. Gonna take a break from listening now, as it’s getting late and I’m a bit congested which is surely coloring my impressions.

@DarthPool I enjoyed our collaborative listening and evaluation, let’s do more of that!

For sure! I think like a good drink music is meant to be shared. I’m going to have to play with the EQ on the ADI-2 I might as well start with some of your recommendations for the 58X

When you get the Elex in the mail let me know we can run through some more tracks!

Listening to this now:

I’ve found that this, like many of the older DG recordings, can get a little screetchy. That’s not a problem with the HD58X. Also, Beethoven’s 5th is like the heavy metal of symphonic music, so bass matters and the HD58X doesn’t disappoint here.

Still, it sounds a bit dull and doesn’t really grab me. For example, there’s a sublime woodwind (I think clarinet) solo at around 4:30 into the first movement that the HD58X just kind of renders okay. As a sanity check I listened with my EQ’d QT2s and the solo did sound better, with more of the breathy sounds of the clarinet and more air. But, when the rest of the orchestra joined back in the timbre of the QT2 sounded awful next to the natural presentation of the HD58X.

A lot of people prefer the Kleiber recording of Beethoven’s 5th, so I tried that for comparison:

Whoa! I personally always preferred the Karajan version, but on the HD58X the Kleiber blew me away. More air, more thunder, more engaging. That clarinet solo? Sounds great!

This is one of my favorite recordings, period.

I’m a sucker for Bach and his intricate counterpoint. On this album, we get a choir, strings and an organ, often playing together in very dense arrangements. As I would expect by now, the timbre is as natural as can be. The parts have sufficient space in the soundstage and the vocal layering is beautiful. The organ has enough weight to be believable but doesn’t dominate the vocals. From bass through soprano vocals,everything sounds very balanced. My LCD2C adds some euphonious reverb that levels up the experience,but I think the HD58X is more faithful to the recording.

By now I’m thinking the HD58X have a lot of strengths and their main weakness is lack of treble extension, which makes itself most known on percussive instruments and the percussive aspects of instruments like guitars. On these Motets that is a nonissue because there’s no percussion to speak of.

Given their vocal prowess I decided to check in with Joni Mitchell:

Joni Mitchell - Song To A Seagull

As expected, Joni’s voice comes through beautifully. On the songs that have them, the bass guitar and piano work well. But, Joni’s guitar sounds a little too polite relative to what I like to hear–it’s just kind of there but lacks bite and punch. I’ll try some more recently recorded singer-songwriter stuff next to see if it fares any better.