I’ll start with some of my top albums, perennial favourites. What are some of your heavy picks?

I don’t feel like I’m an expert here, being more an indie dad rock kind of guy, but

Sunn O))) and Sleep are always solid choices - I’ve seen both live and they were both tremendous.

Dozer (a band from my hometown):

Check it out, it’s an hour long and picks up speed. You need to be patient and listen to it as a whole to grasp what they are doing.

Listen to Mirror Reaper on TIDAL

I haven’t kept up very well, but I wrote this little survey about a million years ago …

I enjoyed reading that article a great deal @Steve_Dollar

All the noted bands are essential listening and will lead readers/listeners in myriad directions, musically - your article provides a quite excellent primer. I really appreciate the reference to Melvins. A band frequently noted in (mainstream music press) articles pertaining to Nirvana and usually as a bit-part player, credited with introducing Dave Grohl to the band and because of Dale Crovers early (short-lived) association with them, but often skipped past in terms of their notable contributions to stoner and sludge and the scene as a whole.

Om is a fascinating band to me and after seeing them live I became a firm fan. I really loved how much time and effort they put into the merch/artwork/releases as well, they totally understood that some of their fans were into the artistry beyond merely the music (something that I think ZMF also understand, get the sound right but don’t stop there, make thoroughly beautiful collectors pieces).

Also, more on the drone side, Dylan Carlson’s 2018 release Conquistador was one of my favourites of that year:

Your article also reminds me that it’s important to note the significant pioneers/contributors, for those new to this genre of music. It’s impossible to talk about doom without referencing Electric Wizard, Trouble and St. Vitus along the way.

A full decade prior, Saint Vitus were already laying the foundations (although, ironically, considered derivative and bland by some, at the time, rather than a progression or definitive).

In the same year Trouble released Psalm 9 (technically, Saint Vitus is the earlier album as it should have been released in 1982)

Of course if we’re covering Trouble and Saint Vitus, we have to mention Pentagram, also:

This appears to be an entire genre that I’ve never encountered (have not tried listening yet). Or perhaps it’s an outgrowth/offshoot of something I know? I read Steve Dollar’s article.

@zeroprivacy - Love Windhand. The self-titled album is great, too.

Not sure if it counts for this category, but The Sword’s first album is a good heavy one.

Let me put it this way, I have a close friend (both musician and avid music listener/fan) that principally listens to metal (Ghost et al) and wrote a thesis on proto-punk. He is also a dedicated Beatles fan, specifically Paul McCartney. He can hear a Beatles influence in music I think bears no resemblance, I don’t doubt he is correct, however.

So, if by compare you mean is there some influence or relevance? It might be hard to deny influence to some degree with bands as notable as King Crimson. I mean, 21st Century Schizoid Man, in 1969 … that track was heavy as. In terms of Mike Pinera (Ramatam) he joined Iron Butterfly for a stint in 1969/70 and appeared on Metamorphosis. Certainly, Iron Butterfly need no introduction to most stoner/doom fans and their heaviest outing Ball (1969) has a place in key influential heavy albums.

If you mean compare in a purely stylistic sense, not directly, no - but if you’re like my buddy, you’ll hear the influences of your favourites in everything you listen to. In his mind everything is derivative - I lack such a level of critical listening capability, I consider that a blessing in many ways!

Def Leppard I grew up listening to and particularly Hysteria (and G N’ R Appetite For Destruction, the same year … I was 13.) Hysteria remains a classic album for sure but I soon developed a taste for heavier music around that period in time. I was mainly listening to bands like Napalm Death, Death, D.R.I, Exodus, Overkill and speed/power metal and thrash bands like Helloween, Megadeth, Slayer et al.

@zeroprivacy - Love Windhand. The self-titled album is great, too.

Not sure if it counts for this category, but The Sword’s first album is a good heavy one.

Windhand, yes - I own everything they’ve done, also Dorthia Cottrell other projects. I’m mildly obsessed with her voice.

The Sword, yes, totally deserving. The first album Age of Winters (2006) is an absolute monster. I didn’t connect as much with their later stuff, Age of Winters is pure chugging riffage though, phenomenal album. The transitions on that album are utterly first class and the layering of sound is superb. To me they’re like a much heavier Wolfmother (one of my favourite bands for sure).

To expand on @pennstac 's question, what are the 3 or 4 albums that you would recommend to someone completely new to the genre? Something to ease us in, so that we’ll definitely know if we either want to try more or leave the room screaming?

That’s a great question, one I will doubtless struggle to answer.

It’s important to understand the sub-genres a little bit given many bands blur between the three, but they are distinct. A pure stoner band will not sound like a pure doom band or a pure sludge band, but many bands transition and incorporate the elements of each for their overall sound. So, I’ll try to balance accessible with indicative / representative (that’s the hard bit).

I would start with something really accessible, a band like Clutch is a good place to begin as their fusion of funk, stoner, punk and southern (metal) is immensely accessible. The album The Elephant Riders (1998) is a strong starting point.

If that isn’t quite to your taste, give Kyuss a spin (we’re in pure stoner territory now, mixing in desert rock, with Kyuss, but let’s stick to our main three of Stoner, Doom and Sludge for simplicity) …

Of course, what introduced the mainstream to stoner is undeniably Queens of the Stone Age - but they’ve never been particularly interesting to me. I won’t deny their greatness or influence, merely that my personal taste differs, I prefer Kyuss. But Queens are another good (and quite common) starting point as an intro to stoner.

Thanks, that helped me figure out what kind of music this is. I’m a big fan of Queens of the Stone Age, and bought a couple of Kyuss albums to complete my extended QOTSA collection, but have to admit I never listened to them more than once. I’ll dig them out and also try out the Clutch.

Thanks for this thread, this is music I don’t know and would be interested in learning more about. To that end, a few weeks ago I stumbled across this article. It’s silly but I bookmarked it so that I could go through it to check out some of the bands (I still need to): 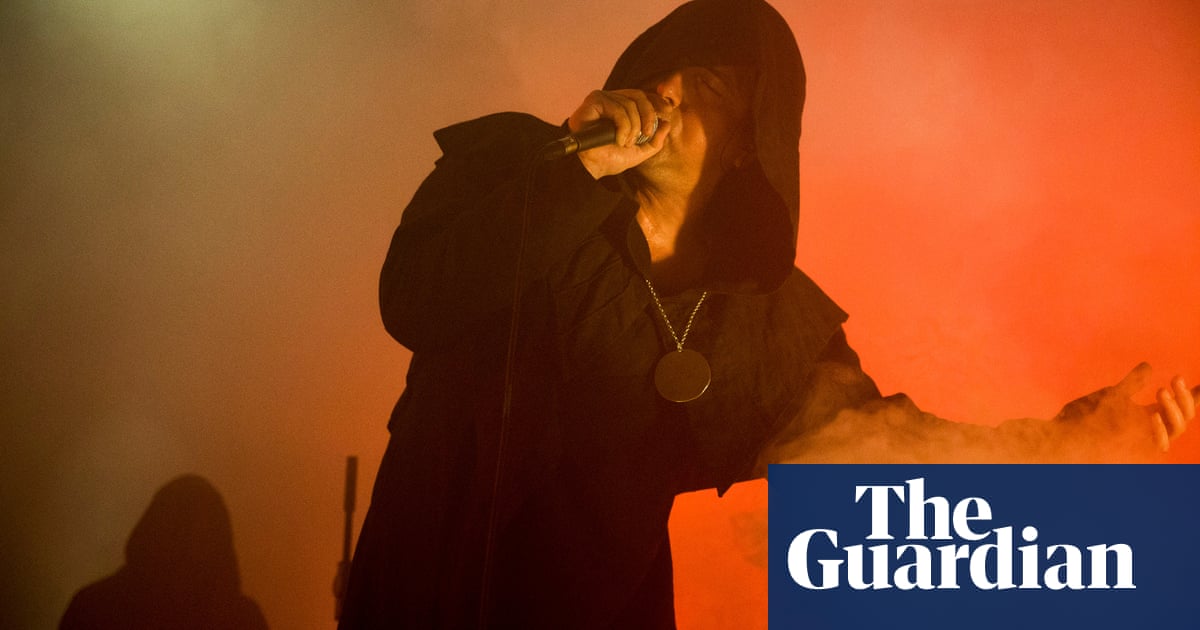 All doom and boom: what’s the heaviest music ever made?

Edit: Ok, I’ve just gone through @Steve_Dollar’s article; thank you, it’s a pleasure to read and very informative. I’ll be kept busy this weekend qobuzzing all the bands you mention - and to the other recommendations here. Thanks everyone!

THanks @zeroprivacy … Some great links/videos. Will check them all out. There’s a lot I am aware of but haven’t really paid attention to … I spoke with Dylan Carlson once and it was … a little strange, but fascinating. He has some concept work about elves, among other things. I tell ya, one of the most intense listening sessions ever is the EP Extra Capsular Extraction. Absolute commitment to the riff!!

Thanks @Tchoupitoulas glad you enjoyed it! I need to add some of these bands to my Qobuz lineup, too.

There’s a whole sub-genre of stoner/doom bands that have a Southern/swampy flair. This is one of my favorites, from awhile back (a Neurosis spin-off), and one of several Savannah acts.

Big fan of Kyuss and QOTSA. Will be checking some of these other bands out for sure.

Also enjoy bands like The Distillers, Eagles of Death Metal, that have some overlaps.

There’s a whole sub-genre of stoner/doom bands that have a Southern/swampy flair. This is one of my favorites, from awhile back (a Neurosis spin-off), and one of several Savannah acts.

Another band in the Southern sub-genre that are essential listening is:

Wo Fat will be very pleasing to fans of Clutch, Corrosion of Conformity etc.

Of course, it’s impossible to talk of Southern without mentioing Alabama Thunderpussy!

Another very fine slice is the band KIND, it’s certainly not Southern, but it has very clear aspects that makes me think lovers of the Southern sound will enjoy this. I did a write-up of this album on my long-defunct music blog:

I generally avoid musical incarnations commonly defined as a supergroup. I don’t harbor innate ill feeling toward honed multi-talented collaborations, but have rarely found them to be pleasin…