Wanted to get in on the action, so decided to try the Currentzis Rite of Spring, but I think he missed the mark on that particular piece. I will enjoy exploring more of his work though.

I came across this on Qobuz discovery. It’s simply delightful. Scarlotti’s harmonies are sublime. 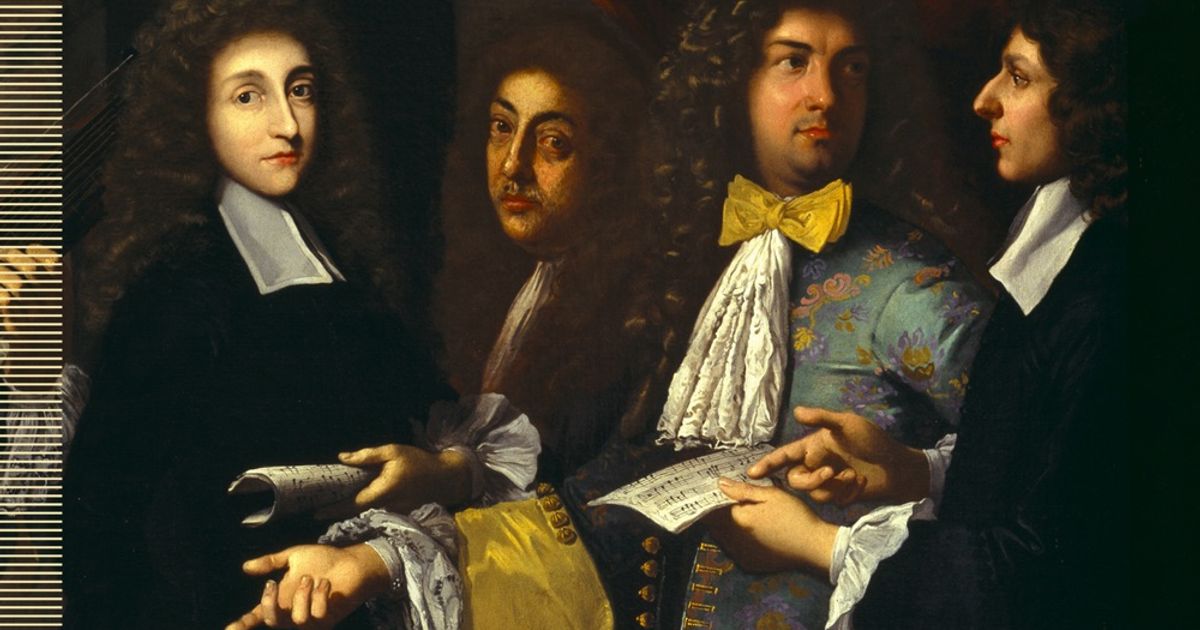 I must admit I like to album cover. DeMedici seems to have been a bit of a clothes horse…

More seriously, this is an artist that I’ve not paid enough attention to. He’s steeped in counterpoint, but seems to emphasize harmony. This music seems very advanced for its time, 1725. I don’t think I’ve heard string quartets that far back.

Listening to this now; it’s great! Thanks for the suggestion.

Going to give this Boulez one a shot this AM. I’m in a “Rite” kinda mood presently. Did Salonen’s on DG yesterday and Solti’s on Decca on Saturday. I also have the 4 channel version Boulez did on the Columbia label on CD, should re-visit that just for curiosity sake.

For those who have not listened to the complete “Firebird” ballet but just the suites (there are at least 2 versions of the suite I’m aware of) you really miss a lot. The complete ballet music is about twice as long. But the big difference is the complete “Firebird” (with the exception perhaps of the closing finale) fits right in the line with the other two. The suite sounds very like it could be a Late Romantic, late 19th century style of composition and in its complete form sounds very 20th century like the other two.

I was hearing very clearly the similarities of instrument scoring and how that gives all 3 a distinctive family resemblance with each other, building on the previous composition especially when it comes to rhythmic lines and instrumental scorings and the musical flavors I hear. Thanks in no small part I suspect to Boulez’s clean approach to interpretation and unwillingness to “pretty-fy” the sound. (And the CSO and Cleveland orchestra’s deliver as well).

The “Firebird” is a world of fantasy and myth where good triumphs over bad. Petrouchka strikes me as very much of today’s real world where (depending on your world view of humanity and from your personal perspective) good doesn’t always triumph over bad. “The Rite” is also a real world, but we know little about it from thousands of years ago (and more recently) when ritual human sacrifice was a part of at least a yearly pastime for humans in many cultures; usually to give something so that they could get something. Flesh and blood for a good growing and hunting during the year ahead.

At the same time the forward looking “Firebird” and very unique sounding “Rite” seem to be galaxy’s apart musically until you fit “Petrouchka” in between and then the natural succession becomes more obvious to me. Especially keeping in mind they were all three composed within span of just 5 years.

The recordings are very fine with good dynamic range and other recording particulars. The three were all recorded in 1991 and 1992.

There are two key points in every “Rite” that I listen for. In part 1 at the end of the “The Sage” there is 2 to 3 seconds where the music quiets down (before the riotous “Dance of the Earth” erupts). A handful of strings produce a note so sour its non –musical equivalent to me would be biting into a raw lemon (or raw rhubarb, peeled of course). Get this right, low but not inaudibly so, and long enough, and the blast of sound that follows will be startling. (The recent Salonen/LAPO/DG is just too low in volume and doesn’t have the desired effect for me but it is a spectacular recording overall).

The other is the closing 3 bars of the 2nd part; the flute and piccolo run up to the top of the scale by themselves to a peak at which point most of the orchestra comes in with a crushing cord at maximum volume in the last bar that is both sour and bitter at the same time. Again it’s a timing thing; drawing out that next to last bar for maximum effect before the final “crunch” representing the dancing “Chosen Ones” death from exhaustion. (Yeah, I pulled out my Boosey & Hawkes to check, LOL!).

(A good live performance reminds me of being in Rome’s Colosseum on animal feeding day.)

I’ve got dozens of recordings of this and have seen it live under many different conductor more than 6 or 7 times over the decades. There are many satisfying recordings available. But Solti’s 1974 with the CSO on Decca is probably still my favorite. It’s relentless, savage, immaculately played and very well recorded.

Ever since @mfadio recommended it, I’ve been listening to that Boulez box a lot and loving it.

I’d seen the box before but avoided it, purely because of the picture of Boulez on the cover. I know it sounds weird, but he looks so wistful that I got the impression that his performances were going to lack energy. Just goes to show that I should not judge a book by it’s cover.

Don’t feel badly. One time I bought a Warrant album because I thought the cover was cool. I’ve regretted it for 30 years.

Listened to this yesterday, what a terrific recording and performance on period instruments

Probably get to this one today sometime

Two new releases worth consideration, I included songwhip links at the bottom but I dont know the recording level of those files. I listened to high res via Primephonic.

If Nelsons is recording with Boston its essentially top level production values. He has done a number of Shosties symphonies (wonder if he will do the cycle) and the 1st and 15th on this are very good, IMO. 14th contains vocals which arent my cup of tea in general but worth checking out.

A brighter recording to my ears but not anywhere near problematic, just how it is and captures the dynamism inherent to the composition. The Stravinsky triad is impressive; although I admit to not being as versed in these works as others.

@mfadio, try this Rite, I think you might find it better than the Currentzis. I agree that his version lacks something and I found the Roth more enjoyable. The liner notes for this one are interesting regarding the thought process and research that went in to recording it. 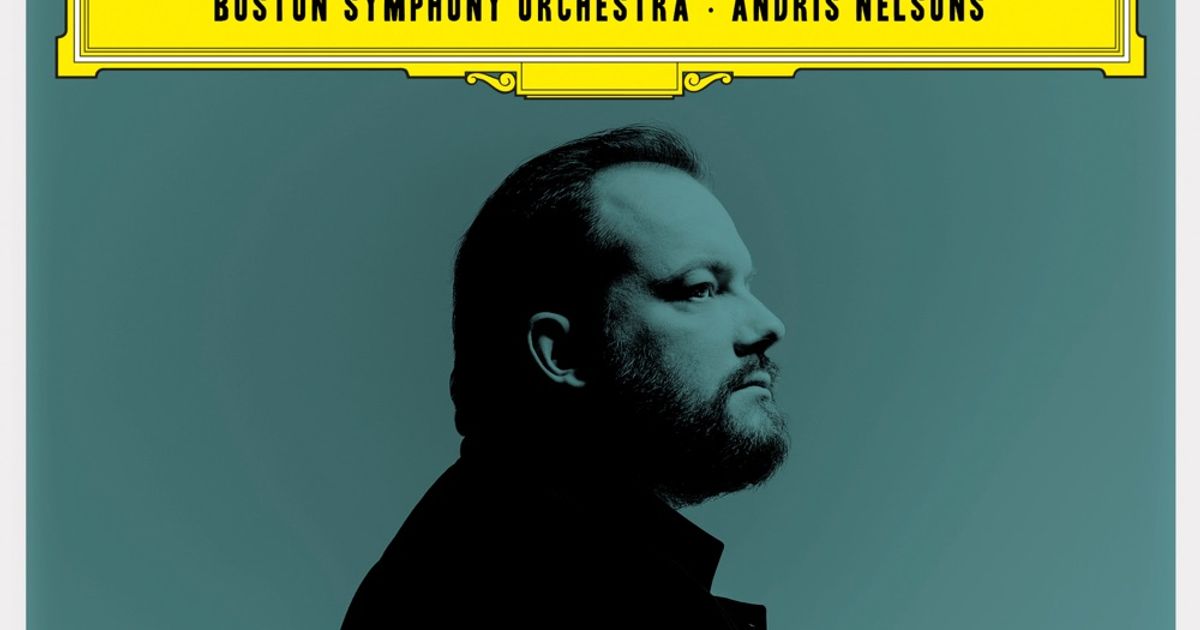 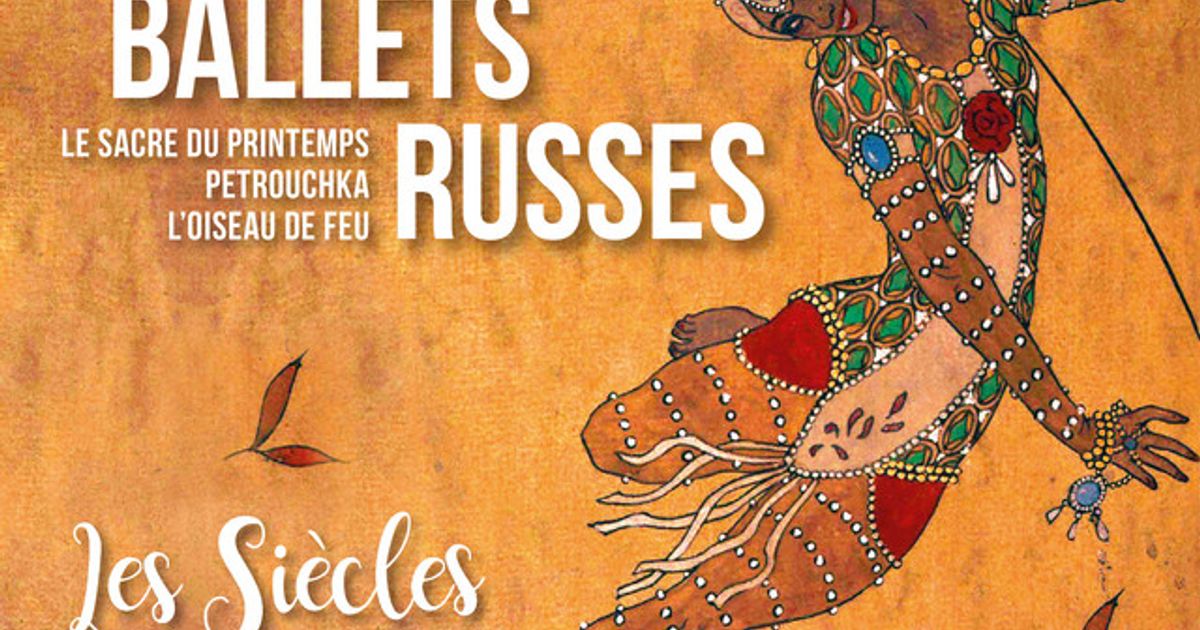 I just ordered the Stravinsky ballet set yesterday along with

One of the things I’m curious about; with the mention of “period instruments” I wonder if they actually mean “period appropriate instruments”. Not necessarily the same stringed instruments for a C.P.E. Bach sinfonia as used in the Mahler symphony. I expect there were changes over several hundred years in some materials and with the introduction of rubato in the early 1900’s the style of playing changed. I’ll be doing some researching on this stuff to satisfy my curiosity. But, in any event, these Harmonia Mundi recordings are superb.

One of the things I’m curious about; with the mention of “period instruments” I wonder if they actually mean “period appropriate instruments”

Good question. I never considered this.

Would actual period instruments still be in good enough working condition, and be enough of them, to allow a large orchestra to play? Or if restored how much effort was placed to recreate the original?

Practicality suggests period appropriate is much more likely but wouldn’t it be ever more interesting if there were actual vintage instruments used!

Stravinsky is relatively contemporary so may not be as meaningful a statement relative to his works.

I will listen to those other albums. I’ve been impressed by Roth and his orchestra so far, thus exploring these works is a must.

“Stravinsky is relatively contemporary so may not be as meaningful a statement relative to his works.”

Agreed, I am curious to hear what the what is. Roth has many other recordings with other orchestra’s but these Le Siecle / Harmonia Mundi’s are what have me interested at this point.

Amazon shows several others I would like are “not currently available” and some Japanese pressings are being asked for at high prices.

So since I wasnt that familiar with it I am taking a dedicated listen to the Petrushka on the Roth… hmmm, just lovely. Stravinsky is an artist I really do need to study more. A lot of that Russian dynamism I also hear in Shostakovich’s work. Interesting the regional and political influences on music.

Amazon advises I should get my set mid-July.

After amp comparo palooza last night, I fired up this Shostakovich.

I saw the Shostakovich at the same time I happened across the Scarlatti. I started to listen to it, then decided I was more in a Scarlatti mood. I do plan to go back, especially now that you reminded me. New release. Baroque magic. Putting my new DAC through its paces with this.

Questions for the folks that are listening via CD, what do you use as a transport or player and where do you buy CDs from online? I’m aware of amazon, discogs and arkivmusic but just wondering if there are any others out there that I should check out? There are no music shops anywhere near me that sell CDs so Im limited to online purchases.

Asking as Ive decided to try out the CD listening and got myself a transport coming.

I’m awaiting Schiit’s new transport to try. I’ve got an Emotiva ERC3 from the digital outputs on one rig and a NuPrime CDT 8 on the other.

Thanks for those links. I will check them out.

I considered waiting for the Urd but their turntable roll out was unspectacular and troubled so I decided to put it off. Went with that Audiolab 6000 transport - got good reviews and wasnt crazy expensive as these things go. If I become enamoured maybe I’ll upgrade. Ive got a few discs ready to go and a number of CDs wish listed on Amazon right now if I find the transport pleasing.