my ears have been spoiled 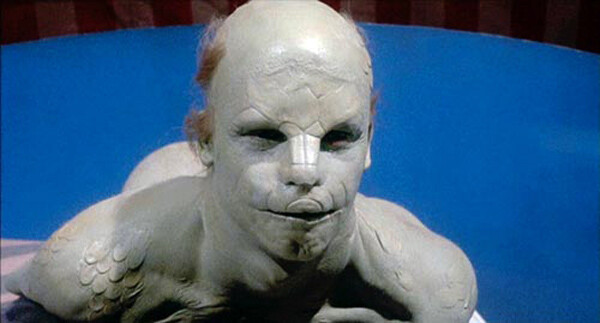 That is correct. Aside from the 30 day fit guarantee, where the original purchaser gets a “do over” they are once and done.

once the gel thingies are set, there is no going back

they are once and done.

This technology follows well-established light curing synthetics (e.g., composite dental fillings and tooth surfacing) available several decades ago. I doubt that it’s patented any more. If this approach proves successful, there may be a slew of vendors selling universal soft larval stage tips. It could cut into the CIEM market and improve the fit for a wide range of IEMs.

Yes. I have used a light-curing synthetic “glue” and wood-finishing pen a few years ago. That was my immediate thought when I saw the UE Fits on the website. Having constructed fixes for weak charging cords using this, I was pretty sure of what to expect.

What may be patented, or at least costly to duplicate is the associated app. Setup was seamless, and the app is well-designed. I had one glitch with the app after setup, deleted it and re-installed. It found the IEMs and was able to correctly determine their “emerged” state. While audiophiles might want more feedback from the parametric EQ - such as read outs of frequency and Q, it was simple and intuitive to use. The value of these IEMs must be considered along with the App.

I would like to see more CODECs, as this would increase the utility and widen potential user base.

Great impressions @pennstac. At first I thought that this looked like a bit of a gimmick. Now having heard your thoughts it does seem like a great idea.

It could cut into the CIEM market and improve the fit for a wide range of IEMs.

Thus could certainly be interesting, or even as a solution for taking ear impressions at home for IEMs, sort of like a kit that is not quite as scary as some of the actual DIY solutions.

Have listened to the Fits a bit more, and they seem to improve after a short break in. In my first notes, I did not talk about the design of the fits. It is powered by a 10mm DD. As such, the sound is coherent, and does not display issues of crossover. Comparing with some wired IEMs like the Sennheiser IE 40 Pro, or the Kanas Pro, there is a noted similarity of sound, typical, I think of lower mid-tier dynamic driver IEMs. I wish that I could try these with wires to get a more direct comparison without the wireless codec getting in the way.

On the Ultimate Ears website, I see they have many more models, although this is the only one with the light goo setup. All are custom, either an at home or pro mold to be taken. And all way more pricey.

Anyone here have experience with the Devialet Gemini? 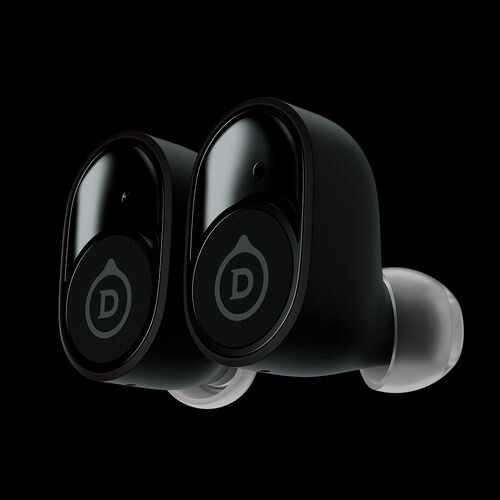 They sound incredible - best I’ve heard and I’ve tried just about all of them.

The Bluetooth, though, is just as buggy as most other TWS (other than Apple); i.e., one will connect, the other won’t, they don’t disconnect properly when you put them back in the case, etc.

I’m keeping them and hoping for a firmware update soon that will fix some of the buggy stuff, becaue the sound is wonderful.

Thanks. Devialet have stopped selling this set and even started recalling. Apparently they’re working on an improved version.

I’ve been looking for a decent sounding TWS for a while and now have the Microsoft Surface Earbuds which work reliably. Sounds is ok for TV and headset use but for music less so.

I tried others too from Sennheiser, Bose, B&O, Sony, Jabra and RHA. The RHA were the best sound wise, but connection was bad. The Microsoft ones are the best compromise right now.

Still, I’d rather pay more than 300$ and have something that works and sounds really good. 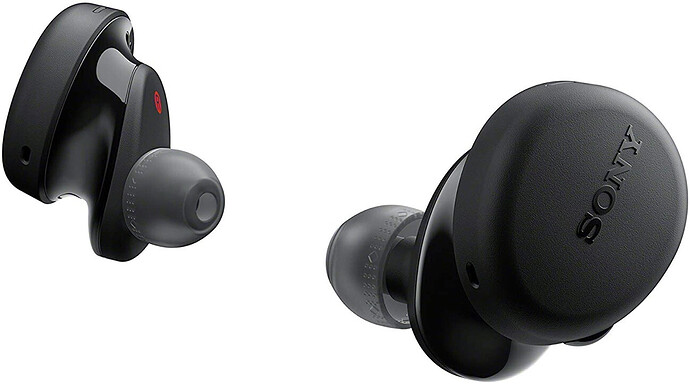 I purchased a set of Sony WF-XB700s for my annual sports/work-out IEM replacement. Per the noise and distractions when used, I don’t care a whole lot about tone or audiophile quality. These have a retail price of $129.99, but are easily found for less than $100. I snagged a perfect and unopened new box for $39 at Amazon. Hmmm.

While these look bulky in photos, they are the most comfortable IEMs I’ve ever owned. Sony describes a 3-point balance system – believe it. With correct size tips, these are rock-solid stable. Comfort also follows from probably the thinnest silicone tips I’ve ever seen. They’ll easily flip inside out during removal from the ears. I’m concerned about long-term durability, but they are quite comfortable.

The buttons have simple and conventional functions, including play/pause, forward, reverse, volume, and phone. I never use a phone with IEMs, so I can’t comment about call quality.

In a picture, these IEMs are the Dr. Jekyll and Mr. Hyde of audio: 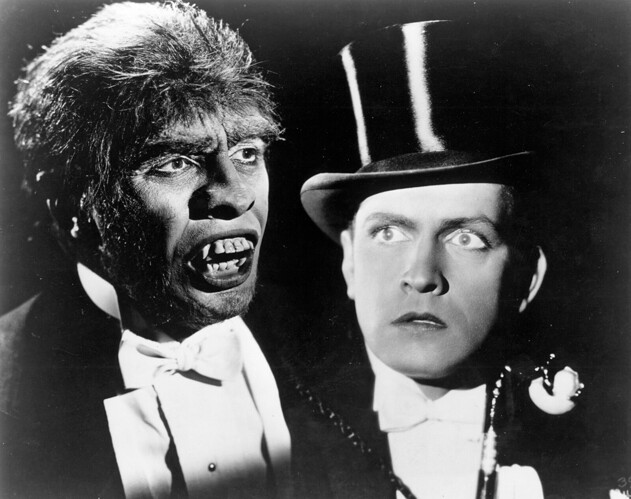 First, these are plainly consumer products with a mass-market bassy profile. This seems to be a function of the super large 12mm dynamic drivers. They take a lot of energy to get it going, but slam once moving. Phil Collins’ In the Air Tonight comes to mind – the drum break comes out of nowhere and dominates. It’s the most memorable part of the song and his career (and the only Phil Collins song I can make it through). The WF-XB700 turns most every song into In the Air Tonight.

Sony may have intentionally created a two-stage driver, as they have three personalities depending on the music source:

These are indeed fun for a paired source, but distracting and weak with quiet, acoustic, gentle vocals, or old rock that had the bass cut off. Odd product. We’ll see how much I like them over time.

Those Sony’s look super interesting. Proudly a member of the Gbuds Pro fam here though! Very happy with it to tide me over until I get my first proper set of IEMs.

That Jekyll / Hyde photo is so racist. Look at those creepy washed out eyes on Dr. Jekyll. And he’s scrawny too.

Side note: This dude made it sound like lossless formats are snake oil…lol

I’m just going to post some of the measurements I’ve been taking recently of some budget TWS IEMs. There will be an upcoming comparison video, but I figured this is the best place to post the data for now.

For the target, this is my own personal preference target - not what I think is 'neutral’ (with apologies to Sean Olive). It’s what I like, and in general, it’s loosely based on the tuning of the Thieaudio Clairvoyance.

I’ll be adding more to this list, but for the moment, the two clear winners in my opinion are the Moondrop Sparks, and the Earfun Free Pro Oluv Edition. Neither are perfect, with some question marks still surrounding the balance between upper mids and treble. The Sparks handles that better, but is still a bit too shouty for me there (not unlike the typical Moondrop tuning), while the Earfun lacks the lower and mid-treble to balance out the upper midrange, yielding a more forgiving tuning generally, but still ends up being a bit congested sounding at times. Additionally, the Sparks has noticeably better technical performance than everything else on this list. It’s still not on the level of the Starfield/Aria/KXXs etc., but not far behind - while the rest compromise more significantly for TWS convenience.

In third place, surprisingly it’s the Powerbeats. Its limited mostly by just being overall a bit congested sounding due to some minor imbalances - but really it’s not that bad for the price. The only other consideration here is that it’s not strictly a TWS, because it has a cable that goes between the units (behind the neck).

The other two TWS IEMs are truly some of the most horrendous sounding products that are capable of producing sound that I’ve ever heard. The Soundcore Liberty Air 2 wouldn’t be so bad if not for the stabbing sibilance peak, and being marred by some of the worst grain I’ve come across ever, but its saving grace is that the Tozo is so much worse at everything else.

Just posted my latest vid doing a comparison between the Sony WF-1000XM4 and WF-1000XM3. Check it out here:

Wonderful review as always @resolve, and it caught me at the right time. I have a pair of Senn MTWs that are losing their battery capacity and need to do something different, and it seems like in the short term the XM4s are my best bet.

Personally, I’d glady spend well out of this pricepoint for a stellar true wireless option, but no one seems to be targeting us yet.

Ran out to try to find these after I posted this. Stock is low right now, it and it took me a half dozen phone calls to find a store that had a single pair left in stock.

They don’t sound as good as the Senn MTWs to me (less clarity, less separation, warmer by default), but the ANC, ambient sound control, and call quality are outstanding. Do I wish they had the drivers from the Andromeda? Of course, but their day-to-day utility makes them an easy, enthusiastic, recommend.

Thanks for pushing me over the edge on these, @Resolve posted this. Stock is low right now, it and it took me a half dozen phone calls to find a store that had a single pair left in stock.

They don’t sound as good as the Senn MTWs to me (less clarity, less separation, warmer by default), but the ANC, ambient sound control, and call quality are outstanding. Do I wish they had the drivers from the Andromeda? Of course, but their day-today utility makes them an easy, enthusiastic, recommend.

I use generally use Sonarworks for mobile listening, they don’t have a profile up for these yet, and I tried the M3 version and experienced a few drop-out issues that didn’t happen with the MTWs or Airpod Pros. I have no idea why.

Thanks for pushing me over the edge on these, @Resolve