When the original version is just... better

Many songs get re-recorded over the years, whether by the original artist or different ones. It became a natural thing.

The more I get into the hobby, I feel the very original version is the best one to my ears. Regardless of recording capability at the specific time. This thread is to share some examples of that. E.g.:

The above is a classical example. Folks growing up back in the 90s remember that one way too well.

Then I start noticing in TV series and recently in movies as well. What have they done with the Nirvana song in Batman 2022, for instance?

It’s funny you bring it up because I saw Batman and they seem to not use the whole song but the parts that are more like the original. Then again I could be remembering it wrong but it took me a few times to hear it and understand that it was remixed in the movie. It sounded so good I even questioned if they used a different singer but then realized it is Kurt but the recording seemed way better and detailed vs. how I remember the song.

I just went to listen to the remixed song on YouTube and yea that is way different and I don’t remember most parts in the movie, just the simple acoustic parts with Kurt singing chorus with the acoustic guitar.

In the movie it works great and adds a wonderful atmosphere! The song itself beginning to end is fine. Not a favorite. Definitely them really scoring it up and I don’t blame them for doing it because if you’re seen the movie that song choice was a perfect pick.
But for listening without the movie on a sound system… I’d probably pass.

The great thing about remixed and remasters is it doesn’t detract from the og song. If it’s better then that’s awesome. If it isn’t then it’s easily ignored and they learn from their mistakes hopefully

I tend to prefer the original version too, but it depends on the case and how well the remake is executed. As a rule, I strongly dislike mainstream pop versions because they tend to be laughable, odd, boring, or ill-advised. Case in point: Michael Jackson’s cover of The Beatles “Come Together.”

Well, the loudness wars have infected the production of nearly all pop, rock and country music in this generation. Music is mastered just too loud these days, reducing dynamics and leading to congestion and distortion.

What is the Loudness War ? - Dynamic Range Day

So, a lot of stuff recorded pre-2000 sounds better than the recordings of today. A perfect example: Listen to any Beatles recording, especially the more dense, complex stuff from “Revolver” and “Rubber Soul” onward. Sir George Martin was a master producer, elicting the dynamics of a song while maintaining pinpoint imaging and separation of tracks.

A lot of current producers and mastering/mixing specialists could learn from him.

As for covers, most are inferior to the original. A few exceptions immediately surface: “Live and Let Die” by Guns N’ Roses, “I Fought the Law” by The Clash, “Hurt” by Johnny Cash, “All Along the Watchtower” by Jimi Hendrix, “Wonderwall” by Ryan Adams, “Smokin’ in the Boys Room” by Motley Crue, “You Really Got Me” by Van Halen.

I would add “I hung my head” also to the songs that Cash covered better than the original.

Holy cow - I never knew that Sting wrote “I Hung My Head” - sounds so archetypically Johnny Cash I just assumed he wrote it!

There are plenty of cover tunes that surprise you like that. For example, Prince’s “Nothing Compares 2 U” sounds like it was tailor-made for Sinead O’Connor’s voice.

Not making judgments on original vs. cover here, but interesting list of fairly well-known cover songs compared to their original or preceding versions, some of which are in the “didn’t know it was a cover” category. (Like “Tainted Love” was a 60s song by Gloria Jones, or “Black Magic Woman” was originally recorded by the Peter Green-era Fleetwood Mac, before Santana.) In many cases both can be great in their own way.

In some cases, “Andy Warhol,” “Califronia Dreamin’,” the writers gave their song to someone else before recording it themselves, or in the case of “Motorhead,” rerecorded it with a new band.

I have a playlist called “who did it better?” which is different versions of the same song. It’s a lot of fun actually, give it a try.

OK, this may be heresy, but depending on the day, I think Motorhead’s cover of “Sympathy for the Devil” may exceed the superb original by the Stones.

Lemmy knew the end was near when the band recorded this, and he unleashed everything he had in his hands and larynx. The raw power is palpable. Plus the solo is incendiary.

Here is another sample for your playlist:

Changes is the third album released by American funk/soul singer Charles Bradley, released on April 1, 2016 on Daptone Records. The title track on the album is a cover of the Black Sabbath song of the same name and was first released as a Record...

He nailed it on this cover, IMHO.

Oye Como Va by Tito Puente is probably my favorite but Santana’s cover is also excellent.

Don’t care so much for Dylan’s original “All Along the Watchtower” but Hendrix’ cover is in my best of all time list.

And to bring it up to date Steve Miller’s “Abracadabra” is so-so but last year’s YouTube video remake is inspired. 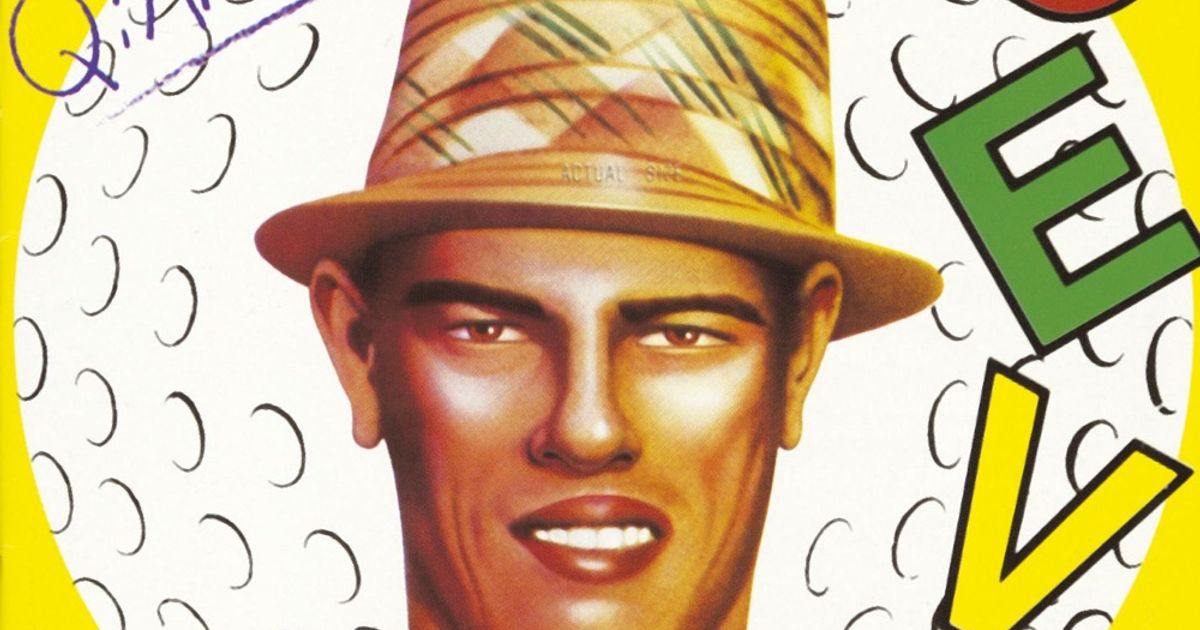 (I Can't Get No) Satisfaction by DEVO

It’s so different I can only conclude the original is better or at least more popular.

“You Really Got Me” by Van Halen.

In this genre of “so different that I’m not sure what mess I’ve walked into:” 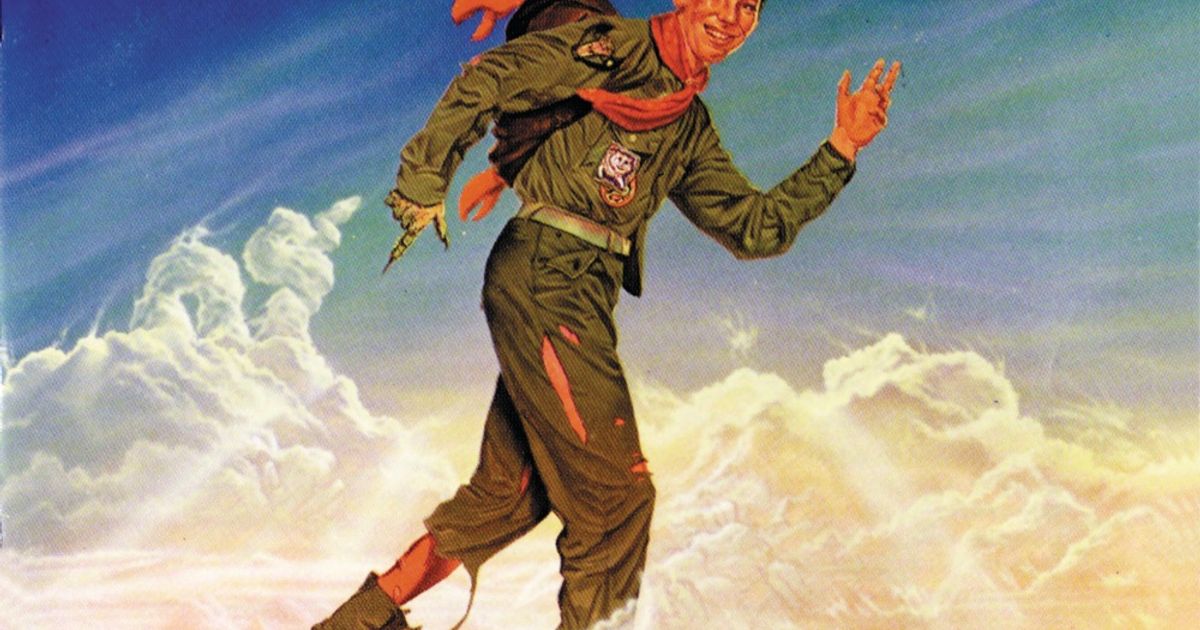 You Really Got Me by Oingo Boingo

@frkasper - That’s great. And with Budos Band, no less. Added.

I think Daptone Records uses all-analog (or almost all) recording techniques, as well.

If you are old enough (like me), compression/loudness was the norm for “pop” music in the 50’s and 60’s.
There were no FM stations yet and I remember listening to music from a little portable radio hanging from
the rear-view mirror of my '56 Mercury.
Word the was that much of top 40 music was mixed on a 6x9 car radio speaker so they could tailor it to
air play.
It is probably as much comment on the cars I was able to drive, but I always found the NPR/Classical
stations unlistenable while driving because of the lack of compression If I turned it up enough to hear the quiet parts it would blow me out on dynamics.