This thread is to discuss the Nitsch Magni Piety headphone amplifier. It is a (sold out in 12 hours) limited production “rich-sounding solid state amp with tube-like characteristics.” 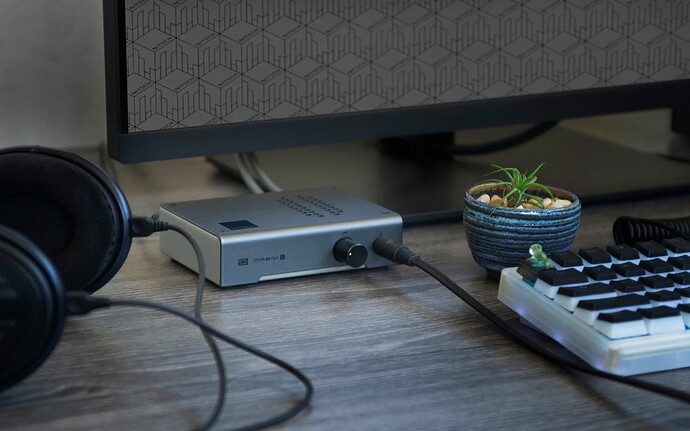 Why do we need THIS Magni??

We had quite the Schiit stack and used to switch between Vali and Magni. Piety is the Magni that we always wanted- solid state ease-of-use with a touch of tube punchiness. (Hint: try it in both low and high gain. And try with different headphones, it may surprise you!)

How, again, does it do that?

A ways back, Jason did a test to see if he could alter the Continuity circuit to fit in a Magni. Not only did it work, but he could also mimic some tube characteristics with the design.

Why doesn’t this Schiit sell itself (on the Schiit website)?

Magnis usually need to be produced at higher volume. An order of Magni-tude higher volume. The Magni Piety uses difficult to source transistors that affect the sound. Schiit was kind enough to let NITSCH assemble and launch the product as a limited edition for the community. 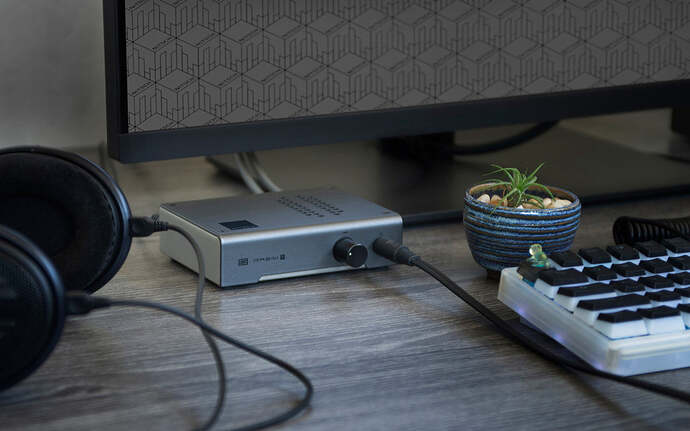 Schiit Collab Happens While traveling around SoCal, Christian met up with Schiit co-founder Jason Stoddard at Schiit's Valencia location.  He got the chance to listen to an odd and interesting little amp.  The Magni Piety ("Apostolic...

Exploring the Inner and Outer Bounds of Audio Playback

Good timing on this thread, as I just got my Piety today and just turned it on a few minutes ago. I’m only about 3 or 4 songs in so far, but I’m impressed at what $150 can get you today. It seems almost silly to be using the Piety with my Meze Elite, but so far it’s doing a great job. I don’t hear any obvious shortcomings that jump out to my ears vs my more expensive amps. Obviously I’ve only got 15 or so minutes experience with the amp, so take all this with a grain of salt.

I started out in low gain, but switched to high gain after a few songs mainly due to reading that the majority of Piety owners prefer high gain. I’ll need more time with the amp to see which I prefer.

I needed a nice cheap amp to use when I don’t feel like warming up one of the tube amps. This seems perfect for that, and so far it is exceeding my expectations. I’ll give it a listen with my OG Auteurs at some point and report back.

I spent about 2 hours today comparing the Piety to the Lyr 3 + LISST using the HD 800 S. Most of my time was on high gain, as it fills out the lows and matches the rich, easygoing intent of the design.

I could easily fail a blind test between the Lyr and Piety. However, the Piety has rolled off treble versus all of my other amps. I’d characterize it as mid thick rather than expressly warm on low gain, but high gain makes it clearly warm and pushed the treble further into the background. The Piety doesn’t generate much sound in the pain zone so it’s very easy on the ears.

I’m really interested in getting to try out the Piety but I very much doubt that is going to happen over at this side of the pond.

Just got my Piety yesterday. Warming it up today. Sounds noticeably better than my
OG Magni 3. Also plays nicely with my Hifiman HE4XX. Waiting to try it with my HD600
HD6XX. IMHO, the Piety is definitely more resolving than the Magni 3.

Running the Piety with my HD600s after a two day warm up and there’s a nice synergy
between the two. Thus far, very pleased with this little headphone amplifier.

I really don’t like low gain on the Piety. On the other hand, I really do like high gain.

Got my piety Nov. 26. One of my first amps (I did try lots of amps at a meetup a few days before that). Up until then I had been using apple dongle to drive hd580, my iems, and 305p. I think apple dongle piety synergy is quite good and definitely is a good pairing with the Sennheiser hd6x0 and blessing 2 lineups. Preferred in high gain for everything.

I also received my Piety on the 26th, so I’ve had a bit of time to play with it.

I’m pretty impressed at what it gives you for $150, though I wish I still had a Magni or Vali 2 around to compare it to…

In any case, I’ve had it hooked up to my Yggy OG DAC, alongside Burson Soloist GT, Schiit Jot 2, and Schiit Valhalla 2.

I have tried Piety with ZMF Atrium and Verite Open, plus Focal Clear OG and DCA Aeon RT Open for good measure. I also tried out my trusty Senn HD 650, as it or 6XX would be a likely candidate for the Piety. Any amp comparisons were done with the Schiit amps to keep things somewhat fair, SE in all cases.

Tonally it is as some of you have mentioned, a little soft in the treble, but pretty punchy with very nice mids. Soundstage is good laterally, but not a lot in the way of front to back. The overall sound is very pleasing, and quite impressive for the price.

To me the best pairings were with the Clear and Verite, as they have arguably the most resolving and prominent treble presentations of what I have, and can benefit from an amp having slightly soft treble. The Atrium and the HD650 were also excellent, and the Atrium had the best soundstage with it (no surprise there).

I think efficient dynamic drivers are probably the best match for it. The Aeon was fine, but I could tell it definitely taxed the amp’s capabilities more. But many (all?) DCA planars need a lot of power to do them justice.

In comparison to the other Schiit amps I have, using ZMFs and the HD650 the Valhalla was noticeably punchier, with much more incisive treble without being harsh. Valhalla also had a larger soundstage by comparison, and more of a sense of “air” for lack of a better description. The Jot 2 also seemed more controlled and resolving than Piety. I also think Jot 2 sounds better using it balanced. The SE is ok, it’s somewhat gimped in comparison to balanced. Piety vs Jot 2 SE is much more of a toss-up.

Overall the Piety is very impressive, and I can see why some felt it should have been the Magni to go with.

But setting aside the component availability issue, I can see why Jason went the route he did. Piety has enough power for many headphones, but not enough for all the likely more mass market ones. It makes sense that he went for the higher output versions, though I would much prefer having Piety as a choice instead of Heresy. But having 2 discrete design Magnis would probably have confused the logic of the product line, and confused consumers as well.

I’m glad that Christian at Nitsch released this, and that Jason gave it his blessing. It’s unlikely, but I hope parts could be obtained for him to produce another batch! We who got one should consider ourselves fortunate.

I’ve spent more time with the Piety, and think we are on the same page.

My bottom line: There’s no such thing as a free lunch. You indeed get what you pay for with the Piety. It’s a good $150 product.

For all headphones, the Piety sounded like an entry level amp but much better than my prior Magni amps. I previously owned the OG Magni 3 and hated it for being too fuzzy and bright, and for having perceived inverted dynamics (i.e., loud portions could sound softer than quiet portions). I got rid of it quickly. I also owned the Magni 3+ and liked it just fine with some setups, but sold it after getting the RebelAmp because the Rebel is better in every way (except for being about 8x larger).

I set both the Piety and Lyr on high gain to achieve the intended “rich, warm” tone profile, and the Piety always sounds better on high gain to my ears. On first listen the Lyr and Piety sounded roughly similar, but over time the Lyr pulled well ahead. It’s smoother, the stage is more expansive, and it has vast power reserves so it doesn’t get compressed or flattened during loud portions. The Piety is relatively jagged and rough, and sometimes I heard tinkling ‘stardust’ in the highs – e.g., tonal noise. After habituating to either the Rebel or Lyr, it was downright dreadful to quickly switch to the Piety. However, over time one adjusts and the quality gap isn’t so obvious.

The Rebel + Korg system requires side comments. Korg invented a flat, square “tube” based on fluorescent light technology. They put these into guitar pedals and more. The Nutube adds a modern clean, spacious tube timbre to solid state amps. The Rebel itself is a Class A amp on the warm side of neutral. I set up my Lokius to allow instant switching between the straight Bifrost output and Bifrost going into the Korg tube buffer stage. This works very well with the Rebel, but was too much and sounded confused with either the Lyr or Piety.

Overall, the Piety comes across as a junior, entry-level version of the Lyr 3 + LISST. The Lyr setup is definitely better, as it should be for costing 3x more. The Rebel + Korg is technically cleaner and more neutral than the other two, while the Nutube makes it tubey-spacious and engaging. It too should sound better for its cost ($660 + $120).

Exactly! My Aeons never really “came to life” until I got my Lyr 3! Night and day difference. I’ve always felt that people who criticize Dan’s headphones for lack of dynamics weren’t using an amp that had enough power (current). Mine did sound flat up to that point.

Just posting here to say that I accidentally bought 2 so I have an unopened Magni Piety available to whomever needs one.