Me, I love Reese’s peanut butter cups. In other words, FV + Nighthawk =

Might need to get the ZMF Atrium for a better pairing. (Now to explain my “logic” for wanting to get another HP to my wife!)

Whenever I bring up getting another pair of headphones, my wife just reminds me that I only have two ears. Damn her for her logic…

Mine said that too. I asked her how many shoes she had 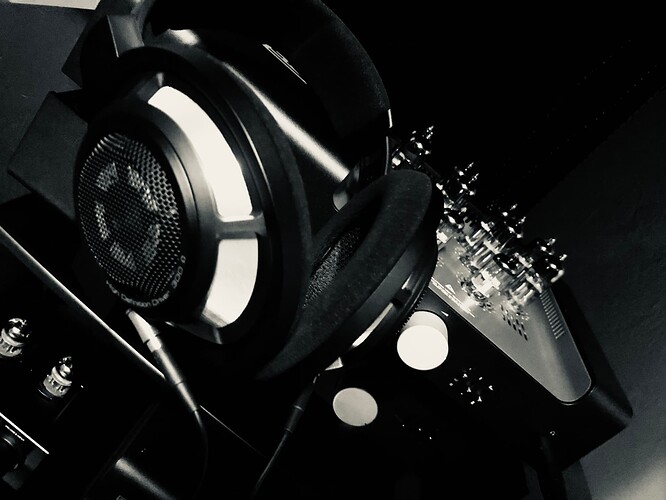 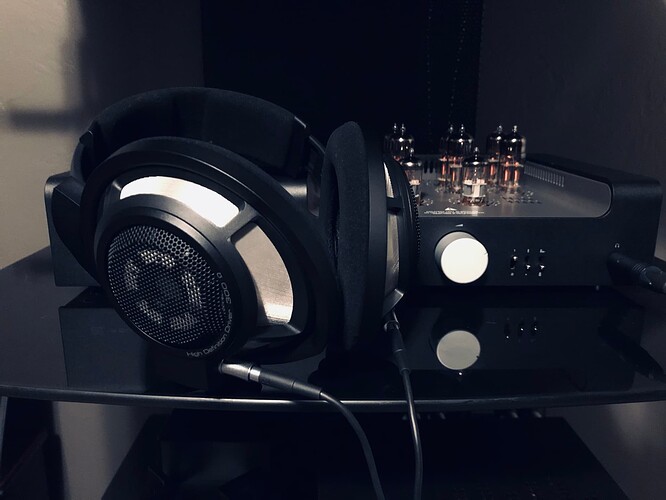 So much so that I haven’t touched the Susvara since it came. The 800s is just amazing on this. I loved them anyway but now I know for myself what people describe as “holographic”. Just wow 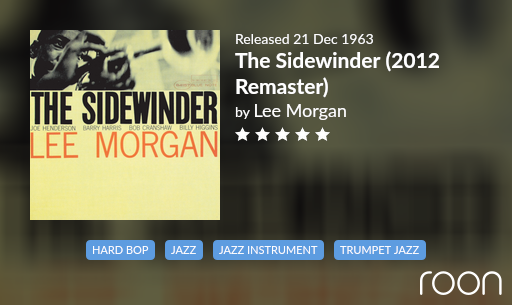 I think I’ve stayed up till like 3am every night this week just going “one more album!!”. I’m an “asleep by 9” kinda guy…my schedule is really gonna be all screwed up.

Honeymoon phase is strong with this one

Glad your loving it!

You must have A/C, I’m in Seattle and all my gear if OFF. It’s too hot to have it on, don’t need anymore heat in the room or house

It’s actually only 70 outside. You should turn that amp off once in awhile.

Yeah, it definitely gets warm.

It’s only going to get worse… I ordered a couple quads of the “foton” 6n6p’s you mentioned. Might get even harder to pull myself away.

Hopefully they’re as good as the ones you have. Tube sourcing is a little sketchy but I’ve had good luck so far.

It’s only going to get worse… I ordered a couple quads of the “foton” 6n6p’s you mentioned. Might get even harder to pull myself away.

Super jealous! I’m so tapped out though now audio-wise, can’t even think about it. Especially after the RAD-0s!

I keep waiting for you @chrisnyc75 to get on the Folvangr wagon train. It’s calling to you…

How are you liking them ! ?

I’m sure it’s a fine amp… but I have a sneaking suspicion it still has a fancy midfi sound.

I’m sure it’s a fine amp… but I have a sneaking suspicion it still has a fancy midfi sound.

Not sure what “fancy midfi” sounds like but I’m loving this amp! Haven’t had much experience with tube amps but it started out sounding pretty good to me.

Now after some burn in and rolling in some NOS input tubes, this holographic and incredibly inviting sound is something I haven’t quite heard before.

Many late nights recently just really engrossed in the music…not listening to the gear. Which isn’t always the case.

Back when the term “high fidelity” or “hi-fi” was first coined in the mid 20th century, home radios and record players were low fidelity. They had limited treble and bass, lots of background noise, and other obvious flaws. The technical hi-fi concept reached its zenith by the 1970s, when the electrical engineers produced some very very good equipment (see @pennstac regarding his Sansui). After that, digital audio went through a maturation phase (e.g., 1980s CD players often sucked), but digital has been quite good for a few years now. The tube and analog backlash started by the 1980s, as people genuinely preferred the old-school easy-on-the-ears “flawed” stuff over the sharp-edged modern technical stuff.

“Midfi” is a recent extrapolation and repurposing of the hi-fi concept, and in my experience has as much to do with price as it does with performance. However, the $100 ultra technical products from Schiit, JDS Labs, Topping, FiiO, S.M.S.L, etc. meet the prior definition of high fidelity, as they have great THD and SINAD numbers.

As home audio is a really, really, really mature industry and as lots of us fail double blind tests, the markets and social-oriented buyers have to find some reason to stratify equipment. So now, extremely solid products that cost less than exotic and luxury products get tagged as “midfi.” I see this as very similar to what happened with the wristwatch industry, for a Rolex that sold for maybe $2K (inflation adjusted) before the 1970s now sells for $10,000 to $20,000 at retail and double or triple that during the recent investment fad boom.

While Rolex produces very solid old-style tool watches, by the 1980s and 1990s Casio produced more accurate watches that have proven to be extremely durable. A $100 G-Shock is now more often used where the Rolex would have been used before the Quartz Revolution of the 1970s. So, is Casio now the top of heap as a “hifi” watch vendor? Similarly, one can acquire a fantastic fake Rolex for a fraction of the price of a genuine Swiss watch. Do the fakers make “hifi watches” because the dealers can’t recognize the real items?

Last week I read Amir’s review on the Schiit Freya and laughed heartily at his comments about tubes.

„Only in audio folks sell muddy water as a better substitute for clean and clear water.“

Amir is entirely wrongheaded for a few reasons, such as: (1) music inherently involves harmonics and resonances – just put your hand on a piano or acoustic guitar as it generates sound. Audio buyers want to bring out complimentary audio characteristics and avoid harsh and hostile characteristics. Those of us willing to give tube amps a fair shake can hear both the harmonic “issues” and enjoy them too. (2) Amir shows evidence of being partially deaf, per his many “shaking earlobes” comments and ridiculous comments such as saying that the HD 600 sounds the same as the HD 650. They sound the same only if you are literally deaf. (3) Amir relies entirely on his measurements-first ideology and looking at charts. That’d be great if he wasn’t a sloppy methodologist who has repeatedly published self-admitted flawed data. I walked away after reading one of his incomplete reports.

I used to visit ASR and considered his data to be a useful secondary source when buying, but now I feel he does more harm than good. So I try to avoid talking about him, linking to him, or drawing attention to him.

Not sure what “fancy midfi” sounds like but I’m loving this amp! Haven’t had much experience with tube amps but it started out sounding pretty good to me.

Yep. Enjoy and don’t follow the herd. I use my fatigue method to avoid bad stuff, and mostly ignore charts these days.

(1) music inherently involves harmonics and resonances – just put your hand on a piano or acoustic guitar as it generates sound. Audio buyers want to bring out complimentary audio characteristics and avoid harsh and hostile characteristics.

Interesting - I’ve never thought about it this way before. Are you saying, in essence, that recorded music (whether as a result of limitations in recording or reproduction) does not fully capture this harmonic information, with the result that technically ‘accurate’ reproduction sounds ‘harsh’, and harmonic distortion added by audio equipment therefore gets us closer to a perceptually ‘live’ experience? Or is your point more that we just seem to find harmonic distortion (of the right kind) pleasing?

The tube and analog backlash started by the 1980s, as people genuinely preferred the old-school easy-on-the-ears “flawed” stuff over the sharp-edged modern technical stuff.

Probably my favorite piece of equipment is my Audio Research SP-6B preamp. AR introduced the SP-6 in 1978, and published the following in the flyer for it:
" … in all probability [the SP-6] would be the last significant vacuum tube product offered to the music world."

And 44 years later we (thankfully) get to talk about a 10-tube OTL headphone amp.

Or is your point more that we just seem to find harmonic distortion (of the right kind) pleasing?

This Although you’ll always find people who say that digital is broken and is the cause of the downfall of civilization.

You find a similar situation with the frequency response of different headphones. One model might be half a db higher in some range and that might hit the perfect spot for you. Who cares if someone points at a chart and freaks out.

At the end of the day all that matters is what is pleasing to listen to.

recorded music (whether as a result of limitations in recording or reproduction) does not fully capture this harmonic information,

Except for synthesizers, musical instruments are not digital. They have distinct physical properties and tonal sweet spots. Guitar, for example, sounds richer and fuller on the low frets. The strings are longer there so they have more space the vibrate – when you move to the high frets the strings shorten and become tinny and one dimensional. You can demonstrate this for yourself by plucking strings at different frets. The midpoints is #12, and it has a unique sound all its own. Changing notes involve complimentary fractions of the base frequency, and some fractions are more pleasing than others (e.g., “Middle C” + 1/2 or 1/3 or 1/4 or 1/5 the frequency change to reach the next “C” on the scale).

Some tonal frequency combinations resonate, some clash. My understanding is that old school tubes and analog systems tend to naturally match each other and resonate, while digital systems were able to technically move past these “artifacts” and treat all notes/frequencies independently and the same. While accurate, they miss the integration and unity of traditional production and reproduction. Solid state thereby comes across as clinical, dry, edgy, etc.

Physical objects tend to move together as they vibrate, as seen how the wind took down this famous bridge (source):

Similar things happen to the body of a guitar and the cones of dynamic driver speakers/headphones. Bad ones whistle and whine, but “good” ones sound more integrated and complete.

" … in all probability [the SP-6] would be the last significant vacuum tube product offered to the music world."

Back in the 1970s the guitar firm Fender introduced new generation solid state amps. They were priced high and expected to be the next standard. Instead, tube amps came back, stayed in command, and have a devout following today. In the last 5-10 years solid state amps have begun to convincingly simulate tubes. IIRC they did this through 2nd stage processors to bring the harmonics/richness that people want.

Hey @AudioMaine , curious if you got yours yet and what you think.

As you can see from measurements that Schiit provides, this amp is extremely distortion forward, producing significant 2nd, 3rd, and 4th order overtones for not just the fundamental signal but also the 60 Hz switching power supply hum.

Actually, the 60 Hz hum is most likely not from a switching power supply. It’s from the mains. There’s a couple of ways for mains hum to get into a tube amp. The predominant one for 60 Hz hum (assuming 60 Hz mains) is through the heaters. I bet Schiit is using AC on the heaters. There’s nothing wrong with that approach, but it does result in measurable hum and some IMD products.
The 120 Hz, 180 Hz, and other mains harmonics tend to creep in via the B+ supply.

Switching hash from a switching power supply would show up well above the audio band.

I think the 10% THD at 32 Ω load is a bit more concerning, but that’s probably par for the course with an OTL design due to their high-ish output impedance.

I’ve drifted away from tube designs, but I gotta say that the Folkvangr looks very cool. I like that Schiit chose to set the tubes a bit recessed. It looks like a timeless classic amp. Also, having read Jason Stoddard’s musings on the (un-)availability of tubes I find it pretty ballsy for them to put out an OTL design requiring eight identical tubes (plus the two drivers). Good on them.